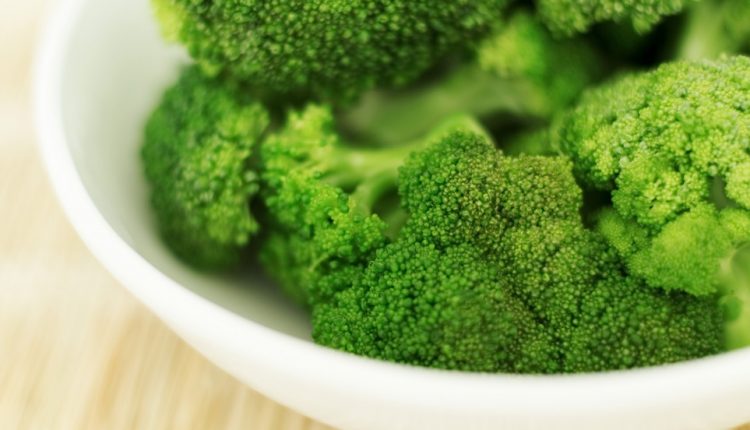 Many people worry about cholesterol, and with good reason. More than a third of Americans have high cholesterol, putting them at greater risk of stroke and heart disease, the leading cause of death in the United States. What you eat can play an important role in maintaining cardiovascular health, and it is reasonable to think that eating cholesterol-laden foods will raise your cholesterol levels. But the connection isn’t quite that simple.

“I think for a lot of people it just makes sense, logically, even though the majority of the data, within the context of current intake, show that’s not really the case,” said Alice Lichtenstein, director of Tufts University’s Cardiovascular Nutrition Laboratory.
The amount of cholesterol in your food doesn’t necessarily translate to the amount of cholesterol in your blood vessels.

The US Department of Agriculture’s dietary guidelines don’t specify a maximum level for how much cholesterol a person should have in their diet — the recommendation was eliminated in the 2015-2020 publication, and were not included in the newest guidelines released for 2021. The reason: For the most part, the amount of cholesterol we’re taking in is not really a problem.
When thinking about dietary cholesterol, Lichtenstein emphasized that it’s important to take into consideration how much of it people typically eat in a day. She was on the committee that decided the previous dietary guideline recommendation of limiting daily cholesterol intake to 300 milligrams wasn’t necessary. Why? Because most of us were already doing that. Women consume, on average, 250 milligrams of cholesterol a day, and men 350 milligrams, according to Lichtenstein. Therefore, the committee didn’t consider cholesterol a “nutrient of public health concern.” (That is, Americans generally aren’t getting too much or too little of it.)
A 2019 American Heart Association meta-analysis of more than 50 studies did not find a significant association between dietary cholesterol and cardiovascular risk. Where cholesterol intake did seem to increase risk, people were eating as much as three times the average amount.
“Eating foods rich in cholesterol does increase blood cholesterol, usually by a small, but still significant amount,” explained Dr. Stephen Devries, a preventive cardiologist and executive director of the educational nonprofit Gaples Institute in Deerfield, Illinois. But the effect of eating foods that contain a lot of cholesterol “may not be as high as one might expect, because most of the cholesterol in blood actually comes from the body’s own production.” When you consume a bunch of cholesterol, your body will usually make less to compensate.
Eggs are low in saturated fat but very high in cholesterol. This food accounts for a quarter of the cholesterol in the American diet.
Of greater concern is what usually gets served up alongside cholesterol: saturated fat. Eating lots of foods high in saturated fat increases the body’s production of low-density lipoproteins, or LDL (“bad”) cholesterol, which can build up inside the arteries, restricting blood flow to the heart and brain, heightening the chance of heart attack or stroke.
“Saturated fat is a bigger culprit for raising blood cholesterol in general than dietary cholesterol,” Devries said.

The role of cholesterol in the body

Animals — including humans — make cholesterol to perform a host of important functions in the body, such as making sex hormones, converting sunlight into vitamin D, and forming part of the cell membrane. Plants don’t make cholesterol, so the cholesterol we get in our diets comes from eating animal products, mainly meat and dairy. And those are top dietary sources of saturated fat — what Devries called “a double whammy for raising blood cholesterol levels.”
There is one popular food that bucks this trend: eggs, which are low in saturated fat but very high in cholesterol. One large egg contains 1.6 grams of saturated fat and a whopping 187 milligrams of cholesterol. In fact, eggs account for a quarter of the cholesterol in the American diet.
Science just can’t seem to decide if eggs are good or bad for your health. Some studies suggest eating eggs increases risk of cardiovascular disease while others conclude it doesn’t. One thing that sometimes gets left out of research that depends on study participants reporting how many eggs they eat is what else they eat. While eggs themselves don’t contain much in the way of saturated fat, their companions at the breakfast table — bacon, sausage, cheese — often do.
“Now we’re realizing it’s much more important to look at dietary patterns, the whole picture,” Lichtenstein said. “You can be thrown off if you look just at the individual foods and not what else is coming in with them.”

Not all high-cholesterol foods are created equal

Nutrition experts stress that it’s crucial not just to cut out so-called bad foods from your diet, but to pay attention to what you’re replacing them with.
A lot of the controversy around the health effects of saturated fats, for instance, has come from studying what happens when people cut down on them without taking into account what they’re eating instead.
“The risk of every dietary factor has been in turns both exaggerated and other times minimized, and that’s definitely the case with saturated fat,” Devries said. “If saturated fat is replaced with refined carbs, like sugar or white bread, then there’s been shown to be no net health benefit. If saturated fat is replaced with other healthier fats, then there’s a clear health benefit with a lower rate of heart disease.”
Seafood — most notably shrimp — can be relatively high in cholesterol. But shellfish and fish are great sources of lean protein for people who eat animal products, and provide essential omega-3 fatty acids that the body can’t make on its own. That makes them good substitutes for red meat and poultry.
As for the age-old egg question, Devries recommends sticking to no more than four full eggs a week — that is, including the yolk, where almost all the cholesterol is, along with about half the protein.
Lichtenstein isn’t too concerned about limiting egg intake for most people, especially since it’s a high-quality protein that’s easy to store and prepare. Both experts agree that if you eat eggs regularly and don’t have high LDL levels, you’re probably fine to keep doing what you’re doing.

There are some people who should be more careful about their intake of eggs and other foods high in cholesterol. That includes people who have borderline high cholesterol (over 200 milligrams/deciliter) or other risk factors for cardiovascular disease, such as family history, or those who are hypersensitive to dietary cholesterol, meaning that even regular amounts raise their blood cholesterol levels significantly. People with type 2 diabetes should also watch the cholesterol in their foods. Individuals should talk to their doctors about their risks.
For most people, fretting over the cholesterol in particular foods is less meaningful to heart health than trading out the usual suspects — like red meat, full-fat dairy, packaged foods and sugary drinks — for more vegetables, fruits, nuts, whole grains and beans. The 2019 AHA meta-analysis recommends shifting to healthy eating patterns that emphasize these unprocessed ingredients, such as the Mediterranean diet.
Get CNN Health’s weekly newsletter
“It’s most important to focus on the categories of healthful foods, rather than discussing individual nutrients like saturated fat or cholesterol,” Devries said. “Most people don’t look at (nutrition) labels and what I’m trying to encourage people to do is to eat more food that doesn’t have labels.”
So instead of stressing out every time you eat eggs, why not gradually incorporate more leafy greens in your weekly meal plan? Or if it’s more appealing, start by adding fresh seasonal fruit to your dessert a couple nights of the week. Ease into the new eating habits and keep the big picture in mind.

Russia to pull troops back from near Ukraine