US jobs growth slows in October as unemployment dips below 7% 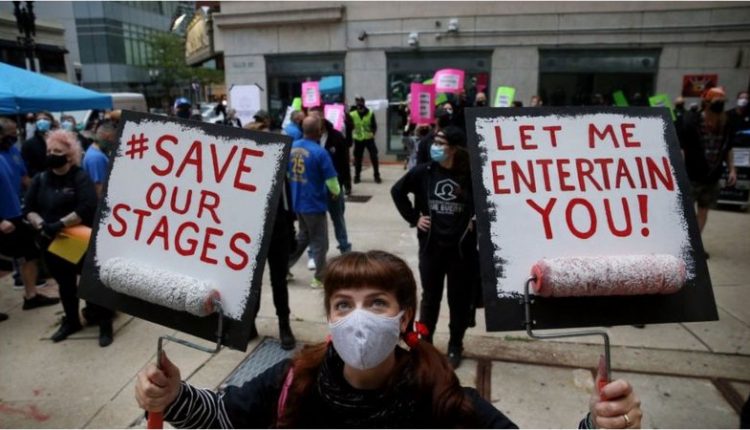 The US economy added 638,000 jobs in October, which was the slowest growth in five months but still helped to push the unemployment rate below 7%.

Jobs were added in leisure and hospitality as US lockdown measures were eased, according to the US Bureau of Labor Statistics.

September’s data was revised up to show that 672,000 jobs were created.

The results were better than expected. Economists polled by the Reuters newswire had expected growth of 600,000 jobs in October.
“Overall, there is probably more in this for the optimists than the pessimists, but not by much,” said Neil Birrell, chief investment officer at money manager Premier Miton.

“The unemployment rate fell quite sharply and the labour force participation rate ticked up, although hourly earnings were a bit weaker than expected.”

But stocks on Wall Street opened down, with the Dow Jones Industrial Average falling 0.4%, and the larger S&P 500 down 0.5%.
The data came as US ballot counts indicated that a victory by challenger presidential candidate Joe Biden was now more likely than a win by incumbent president Donald Trump.

The race for the White House is coming down to who wins the few remaining battleground states – Georgia, Pennsylvania, Nevada and Arizona.

A win in just Pennsylvania or two of the other four remaining states would be enough to confirm Mr Biden as president-elect, barring any legal challenge.

The US economy emerged quickly from the depths of the crisis triggered by coronavirus lockdowns this spring, but full recovery remains a long way off.

Official figures published last week show the economy grew at a record 7.4% in the three months to 30 September from the prior quarter, when it suffered a severe decline.

But output remained 2.9% lower compared with the same period a year ago, and some analysts have warned that the rebound could be running out of steam.

Covid: Can mass testing save us from another lockdown?