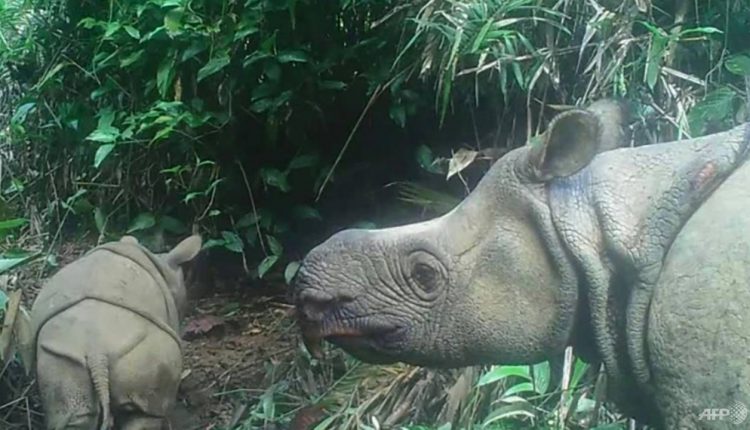 JAKARTA: Two extremely rare Javan rhinoceros calves have been spotted in an Indonesian national park, boosting hopes for the future of one of the world's most endangered mammals.

The rhino calves – a female named Helen and male called Luther – were seen with their mothers in footage taken from nearly 100 camera traps installed in Ujung Kulon national park between March and August, authorities said in a statement on Sunday (Sep 20).

READ: Back from the dead? Stem cells give hope for revival of Malaysia's extinct rhinos

On the westernmost tip of Java in Banten province, Ujung Kulon is the last remaining wild habitat for Javan rhinos.

After years of population decline, the arrival of the new calves brings the total number of the rare mammals to 74.

The sanctuary comprises around 5,100ha of lush rainforest and freshwater streams.

The Indonesian government has been surveying other areas across Java and Sumatra islands to relocate the rhinos from the danger of Mount Krakatau, an active volcano not far from the national park.

"These births bring a big hope for the continuation of the life of the critically endangered special Javan rhino," saidRead More – Source