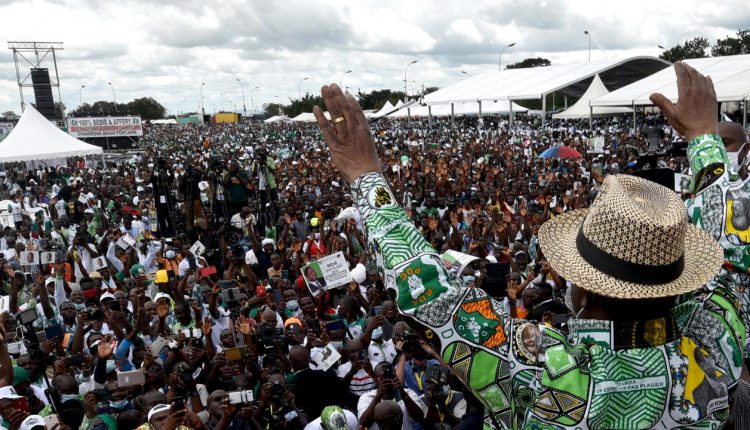 Thousands of opposition supporters in Ivory Coast gathered Saturday in the city of Yamoussoukro to support Henri Konan Bedie becoming their candidate for the Oct. 31 presidential election.

Bedies PDCI-RDA political party celebrated the 86-year-old former president with hopes he will unseat President Alassane Ouattara, who has sparked controversy by standing for a third term. He and Pascal Affi NGuessan of the Ivorian Popular Front Party pose the strongest threat to Ouattara, and have called on the president to withdraw his candidacy.

“Once elected, I pledge to form a broad-based government,” announced Bedie, who was president from 1993 to 1999 before being ousted in a coup.

Bedie, a former ally of Ouattara, also promised to reform police in the West African nation of 26 million people.

“Let us be determined because victory in the election is within our grasp,” he said to his supporters in green shirts cheering him.

Bedie also promised that he would back the unconditional return of all exiles and the release of all political and military prisoners from the post-election crisis a decade ago that left some 3,000 people dead afteRead More – Source