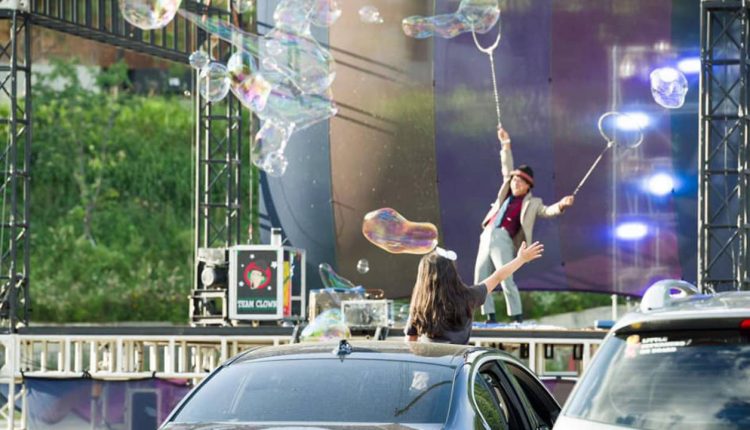 SEOUL: A clown juggled and acrobats launched themselves through the air above a stage in an open field in Seoul at the weekend as the audience watched from the safety of their cars, cocooned from the risk of COVID-19.

The annual circus – usually held in May – was pushed back twice this year because of the virus until organisers turned it into a drive-in event.

"The performing arts are very important even during a pandemic," said Cho Beong-hee, manager of the Seoul Street Art Creation Centre.

"So we came up with different ideas in trying to make this event happen and the drive-in option was chosen as it was deemed the safest idea."

Each event allows 30 cars to park in front of the stage, while the event is also streamed online for free.

The lack of interaction with the audience posed new challenges for the performers.

"I had to re-imagine and re-think new ways to go about my performance," said Lee Sung-hyung, a performer at the circus.

The crowd clapped and honked car horns as acrobats swung above the giant stage, hoisted by a crane.

In the audience, Yu Hye-jin said she was satisfied with her seat.