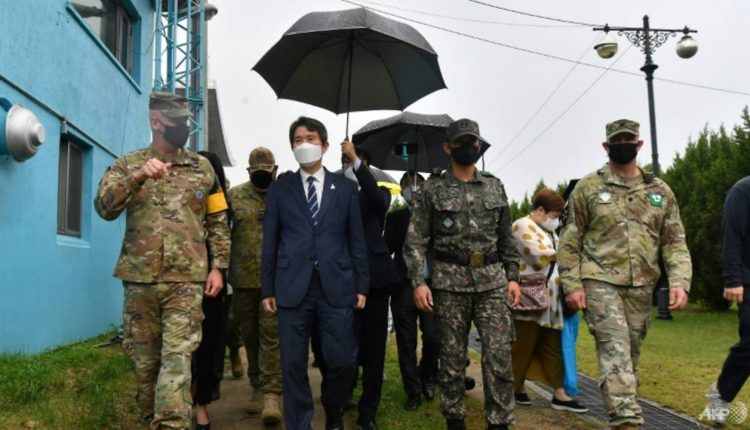 SEOUL: South Korea's unification minister sought to reopen dialogue with the North on Wednesday (Sep 16), with relations in the deep freeze just days before the second anniversary of a wide-ranging cooperation agreement.

Very few of the pledges signed by the North's leader Kim Jong Un and the South's president Moon Jae-in at their 2018 Pyongyang summit – among them joint sports teams and an Olympic bid, work towards transport links, and a visit by Kim to Seoul – have come to pass.

Instead relations have been at a standstill since the collapse of a Hanoi summit between the North and the US last year, and this June Pyongyang blew up a North-South liaison office on its side of the border.

READ: Commentary: 70 years after war, inter-Korean relations are back at square one

But Seoul's unification minister Lee In-young said: "I hope that communication channels, including the inter-Korean liaison office, can be restored and we can resume open-minded dialogue at an early date."

Lee spoke in front of a pine tree which Moon and Kim planted together in Panmunjom, the truce village in the Demilitarized Zone that divides the peninsula, during their first summit two years ago.

READ: Commentary: South Korea and the US cannot see eye-to-eye on North Korea

Lee, a political heavyweight, described the demolition of the liaison office as a "regrettable affair", but did not directly criticise Pyongyang.

"I believe the North has willingness to comply with the (2018) agreement in its own way," he said.

With less than two years of his single presidential term remaining, time is running out for the South's Moon – who has long championed engagement with Pyongyang – to reach a settlement with the North.