Ritz-Carlton set to take bookings from next month

The Ritz-Carlton had closed its doors to guests since November last year, when around 200 people — including business executives, officials and at least 17 princes — were arrested and given rooms at the five-star hotel as holding cells.But on Tuesday, the 492-room hotel was taking online bookings from Valentine's Day onwards, in a sign that remaining detainees could soon be released or transferred elsewhere.A spokesperson for the Ritz-Carlton in the Middle East, Shahd Bargouthy, would not tell CNN when the hotel would reopen, while Saudi media reported other February dates for first reservations. "The hotel is still operating under local authorities and is not open to public for the time being," Bargouthy said.The Saudi Information Ministry declined to comment to CNN on the issue, and the government had made no public statement on the status of the detainees or any plans to hand the hotel back to private management. 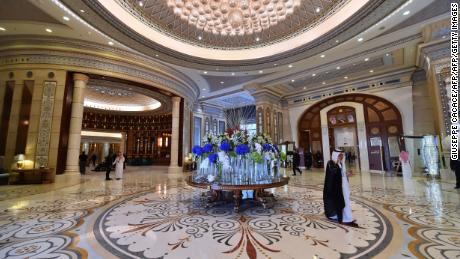 Citing an informed source, the semi-official Saudi news organization Okaz reported that authorities had released some of the detainees in recent days and that the rest would be freed in coming days. Among those already released is a senior former official, Okaz said, without naming the person.Among the most prominent detainees are Prince Alwaleed bin Talal, a billionaire businessman, former royal court head Khaled al-Tuwaijri and Saudi media mogul Waleed al-Ibrahim. Their representatives have been unreachable for comment since the arrests. Talal owns 95% of Kingdom Holding, which holds stakes in global companies such as Citigroup, Twitter, Apple and News Corp. 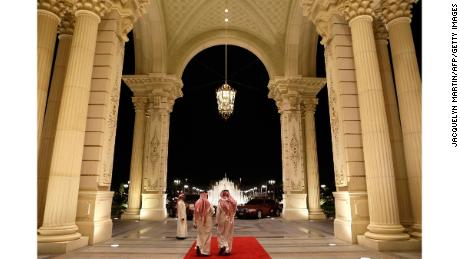 In November, the senior Saudi Prince Miteb bin Abdullah was released after being detained for three weeks after agreeing to a financial settlement, a source told CNN. In an interview with The New York Times in November, the Crown Prince Mohammed bin Salman was quoted as saying that detainees in the anti-corruption sweep generally agreed to financial settlement when presented with evidence against them.Critics say that the sweep is aimed at consolidating the Crown Prince's power base, rather than targeting corruption. Saudi officials have denied those claims. After the anti-corruption arrests, the kingdom's top legal official said that investigations had revealed that "at least $100 billion has been misused through systematic corruption and embezzlement over several decades."The expansive Ritz-Carlton includes 52 acres of gardens, two-bedroom royal suites, a gentlemen's-only spa and several high-end restaurants.It is also where US President Trump stayed during his visit to the kingdom in May. An image of his face was projected on the exterior of the hotel.