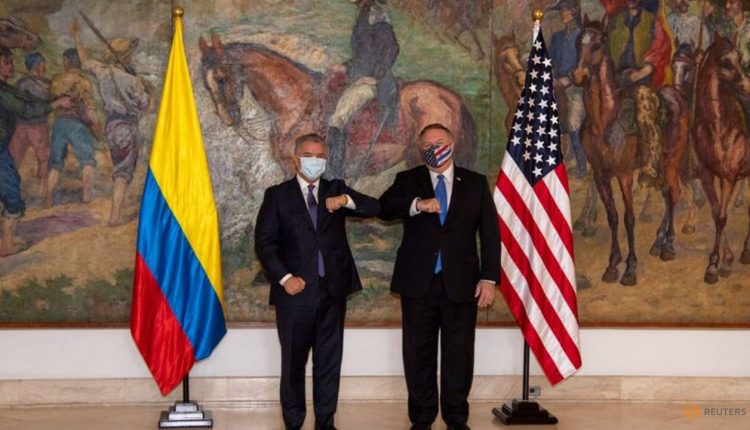 In the fourth stop on his tour of South America, Pompeo said the partnership between Colombia and the United States was a force for good in the region.

"Your support for interim (Venezuelan) president Juan Guaido and the democratic transition for a sovereign Venezuela free of malign influence … is incredibly valued," Pompeo told Duque in a joint press conference in Bogota.

Pompeo has used the tour to increase pressure on Maduro, who has overseen a six-year economic collapse and has been indicted in the United States on narcoterrorism charges, to resign.

A report this week by United Nations investigators found Maduro's government has committed systematic human rights violations including killings and torture amounting to crimes against humanity.

"The international community has to act to bring this situation to an end," said Duque, who calls Maduro a dictator and often accuses him of sheltering and supporting members of Colombian rebel groups.