Polish border measures meant to stymie the spread of coronavirus are creating labor shortages for its neighbors in the critical fields of health care and food, complicating Europes fight against the pandemic.

The European Commission issued nonbinding guidelines on March 30 for how national governments could implement border controls to contain the virus without restricting the movement of essential workers.

But Warsaw has not adapted its own new rules for cross-border commuters to these guidelines, meaning thousands of Polish citizens have been blocked from going to work, have had to relocate, or have even lost their jobs. The restrictions dictate that all workers returning to Poland from another country must go into isolation for two weeks — blocking them for regular foreign work.

The roughly 125,000 Polish citizens commuting into Germany every day make up the largest group of cross-border workers in the EU, according to Eurostat data from 2018. Many work in health care and food, with hundreds of hospitals, nursing homes and factories in eastern Germany and the northern Czech Republic relying on the Polish labor force.

“In some clinics — especially those close to the [German] border — the number of Polish employees has already reached … more than 30 percent of all employees. The majority of them are doctors,” said Frank Ullrich Schulz, the president of the state medical association in the German state of Brandenburg, which borders Poland and surrounds Berlin.

Border region residents are organizing a protest on either side of the Polish-German border over the rules on Friday.

Polands Prime Minister Mateusz Morawiecki said on Tuesday during a Facebook Q&A session that he would ask local authorities to come up with solutions to allow Poles to commute to neighboring countries, but still keep them in isolation. “I will try to find a middle ground,” he said.

But some argue this will be too little too late nearly a month after the law came into force, as many have already had to make the tough decision of either staying on the Polish side of the border with their families during lockdown, or finding a new home where their work is. Border region residents are organizing a protest on either side of the Polish-German border over the rules on Friday, Deutsche Welle reported, though they promise to abide by social distancing guidelines.

In the area surrounding the Polish town of Zgorzelec, close to both Germany and the Czech Republic, the rules could be impacting up to 10,500, according to town spokesperson Renata Burdosz. And that includes not only workers, but also students who used to go to school in another country, people with medical insurance abroad, and families residing on either side of the border.

“Border regions function differently than the rest of the country. And especially in our region, which has borders with not one, but two countries, people rely on daily crossings,” Burdosz said.

Local officials and workplaces in Germany and the Czech Republic had to act fast to adapt to the Polish restrictions.

Brandenburgs Finance Minister Katrin Lange issued a plea soon after Warsaws rules went into force for Polish workers to “stay here” in Germany, offering a stipend of €65 per commuter per day to cover things like sudden unplanned accommodation costs, as well as another €20 for each family member staying with the commuter, such as children.

“We will support you,” Lange said. “We say to all Polish commuters in Brandenburg: Stay with us, please continue your work.”

The Brandenburg economy ministry told POLITICO that the offer of commuter payments had been “well received,” with exact numbers expected later this month.

At one hospital in the Brandenburg town of Prenzlau — located about a 45-minute drive from the Polish border — half the doctors come from Poland (22 doctors), according to a spokesperson. They can now either live at the hospital or at a hotel.

At another hospital in Schwedt, even closer to the border, 44 out of the 142 doctors come from Poland, as do two nurses and three midwives. They have opted to either spend two weeks in quarantine at home, or stay in a local hotel, according to a spokesperson.

Czech Foreign Minister Tomáš Petříček said earlier this month that Warsaw and Prague need to find an agreement on cross-border workers because of the impact on Czech hospitals and other public health institutions. 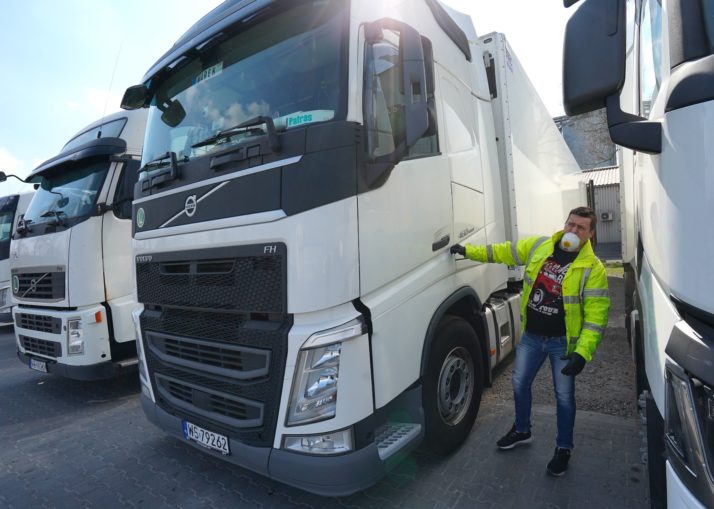 The food and retail sector has also been affected by labor shortages caused by the border issue. An estimated 40 percent of the workforce for Germanys three biggest retailers in the region close to the Polish frontier come from Poland, but many have struggled to get to work, according to Antje Gerstein, the managing director of the Brussels office of the German Retail Federation.

“It is a huge problem, particularly because these people are skilled in logistics, and its not very easy to replace them,” Gerstein said.

Brandenburgs economy ministry estimates that about 14,000 Poles regularly commute to the region to work in retail and logistics.

Like hospitals, some retailers have offered their workers accommodation, Gerstein said, but only a quarter of them have decided to stay, according to Deutsche Welle.

Similar problems have hit food manufacturers. In a Czech factory in Opava that produces Europes supply of Oreo cookies and Milka chocolates, owned by American snack-maker Mondelez, 15 percent of the 1,000-strong workforce is Polish. The plant is located just 700 meters from the border. Under normal circumstances it takes only three minutes from Poland by car.