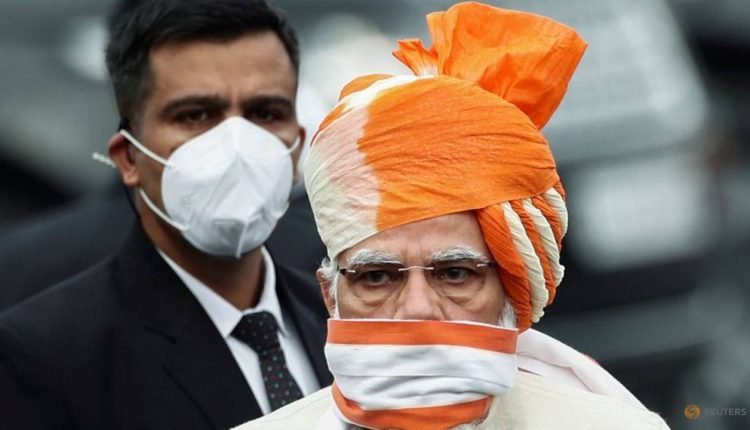 MUMBAI: Indian Prime Minister Narendra Modi on Tuesday (Oct 20) said the government was working rapidly to ensure the supply of COVID-19 vaccines to all citizens once they are available.

In his address to the nation, Modi urged Indians to continue wearing masks and uphold social distancing rules to prevent further spread of the pandemic ahead of India's festive season.

"Whenever the corona vaccine comes, how it reaches to every Indian as soon as possible, the government is also working for that," Modi said in a short speech in Hindi.

Earlier on Tuesday, India reported its lowest daily coronavirus caseload in nearly three months, as new cases continued to decline from a peak in September.

The country reported 46,790 new infections in the last 24 hours, taking its tally to nearly 7.6 million – the second highest behind the United States. It also reported 587 deaths, taking the total to 115,197.

Experts have warned that infections could rise in India as the holiday season nears, with celebrations for the Hindu festivals of Durga Puja and Diwali due this month and in mid-November, respectively.

"This is not a time for carelessness … I want everyone to remember that we cannot be complacent in our fight against COVID-19," Modi said.

The head of India's clinical research body, the Indian Council of Medical Research (ICMR) told reporters on Tuesday that drugs such as the antiviral remdesivir and anti-malaria drug HCQ, touted as potential weapons against COVID-19, were not working as expected in India.