PM Modi pats Nitish on the back for sushasan , takes dig at Lalu 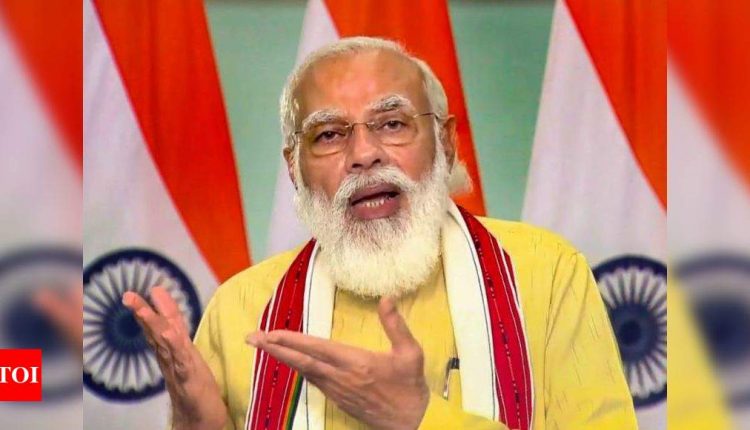 PATNA: Ahead of the assembly elections in Bihar, Prime Minister Narendra Modi on Sunday gave Chief Minister Nitish Kumar a pat on his back for ushering in sushasan (good governance) and expressed confidence that the good work will continue under the leadership of the JD(U) chief.
Modi dedicated to the nation three petroleum sector projects worth about Rs 900 crore via video conferencing.
Without naming the opposition RJD or its leader Lalu Prasad, and the party's ally the Congress, Modi blamed the states backwardness on a mindset which made them sneer at economic progress and thought lip-service was enough when it came to the betterment of the poor.
Bihar has for long been plagued by a peculiar mindset. Road projects were frowned upon and people used to ask what do these have to offer those who walk on foot and do not have vehicles, Modi said in a veiled reference to Prasad, who used to project himself as a luddite in what was viewed as a wily attempt to endear himself to the masses.
Such indifference to progress also took its toll on higher education. But the last 15 years have been of sushasan. Infrastructure has improved. New medical and engineering colleges, law institutes and polytechnics have come up. Nitish Kumar has a very important role to play in ensuring that the process continues, he said.
The BJP has declared it will contest the assembly polls in Bihar with Kumar as the coalition's chief ministerial face.
Referring to the Read More – Source