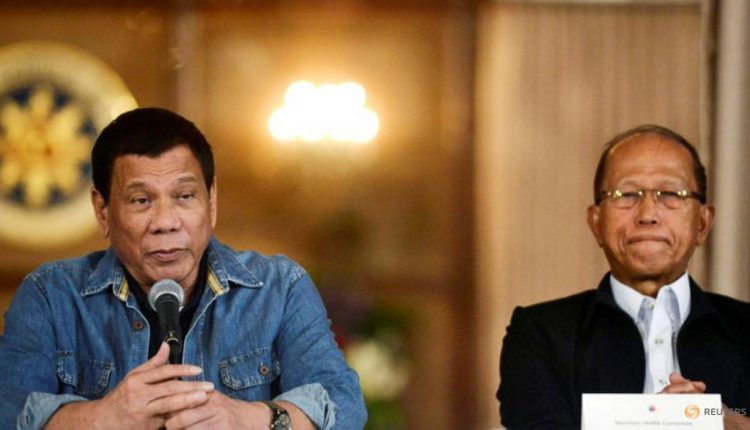 MANILA: Philippine President Rodrigo Duterte on Friday (Sep 11) urged a peaceful way out of conflicts with China over the South China Sea and said international law must be followed, amid increased regional friction over military activities by Beijing and Washington.

Duterte made the remarks in a meeting with visiting Chinese defence minister, Wei Fenghe, whose tour of four Southeast Asian countries coincides with some rhetorical sparring between the United States and China over the disputed waterway.

"We must always be guided by our commitments in international law. Any and all disputes must be resolved peacefully," Duterte said in a statement.

The Philippines, particularly its military, has a deep mistrust of China over what it sees as intrusions into its territory, bullying of its fishermen and denial of access to its energy resources. Vietnam and Malaysia have made similar complaints this year.

China maintains its activities are lawful, because they are in its waters.

Ties have improved somewhat due to Duterte's courting of and praise for the Chinese leadership.

However, that statement contrasted sharply from one issued earlier and later retracted, which said Lorenzana had told Read More – Source