Speaking to a business forum in New Delhi, the strongman said he pitied Suu Kyi, who has been criticized in recent months over accusations her government is deliberately killing minority Rohingya Muslims."She's been complaining that 'We are talking about our country, the interest of our country, our own country,' and I said, 'Don't mind the human rights (activists), they are a noisy bunch actually,' " Duterte told the forum.Both Southeast Asian leaders were in New Delhi on Thursday for the ASEAN-India summit, followed by a parade Friday morning in honor of India's Republic Day. 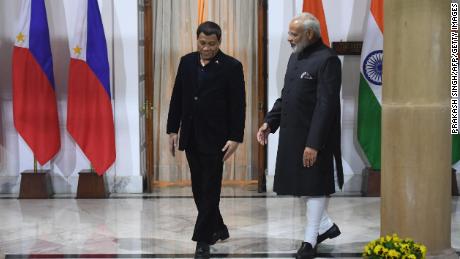 Duterte's administration has also faced condemnation by human rights organizations and the United Nations over its brutal crackdown on illegal drugs in the Philippines.At least 3,400 alleged drug dealers and users have been killed since the campaign began in June 2016 when Duterte took power, according to Philippine government data.The Philippine leader said Friday the United Nations served "no purpose at all" for mankind."It hasn't prevented any war, it hasn't prevented any massacre. And here I am trying to protect my country," he said. 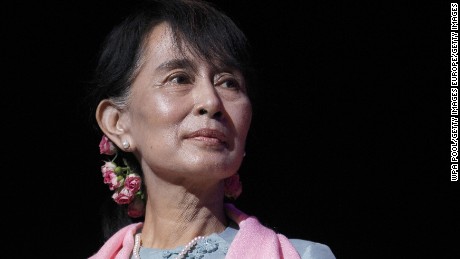 Duterte did not say when exactly he had given his advice to Suu Kyi nor how she had reacted.His comments come a day after Bill Richardson, a former US ambassador to the United Nations, criticized Suu Kyi, saying she lacked "moral leadership."Richardson was on the board tasked with implementing recommendations made by former UN Secretary-General Kofi Annan's commission into Rakhine state, where Myanmar's Rohingya minority live.But Richardson resigned Thursday, saying the commission was a "cheerleading squad for government policy."Since August, more than 688,000 Rohingya have fled across the border of Myanmar into Bangladesh, bringing with them stories of killings, rape and destruction at the hands of the country's military, according to the International Organization for Migration.Both the United Nations and United States have accused the Myanmar government of committing "ethnic cleansing."Suu Kyi and her government have repeatedly and strongly denied reports they are purposely killing Rohingya Muslims inside Rakhine state.

US, South Korea to resume military exercises after Winter Olympics