Nigella Lawson butters her toast twice, and Britain is really angry about it 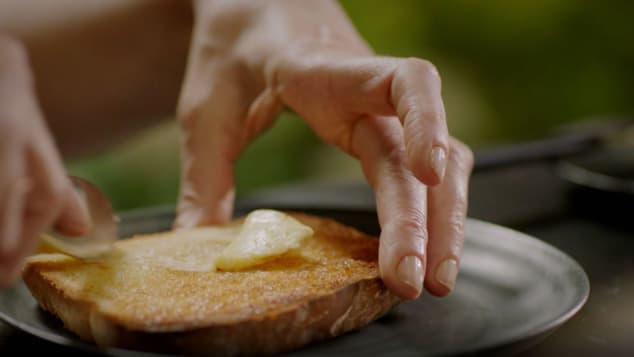 There are a handful of culinary quagmires that, for no clear reason and to the bafflement of the rest of the world, bitterly divide Britain: the correct pronunciation of “scone,” for example, or at what stage in the tea-making process one should add milk.
Now, one of the country’s favorite TV chefs has added another debate to the list — how, exactly, to butter toast.
Nigella Lawson has drawn questions and a share of derision from Brits after demonstrating her technique for the simple task on her BBC show, “Nigella’s Eat, Cook, Repeat.”

The perfect method, Lawson suggests, is not as obvious as you might think: Lawson taught viewers to spread butter on hot toast as soon as it comes out of the toaster, before letting it settle, applying a second layer of butter, and then finishing with a sprinkling of salt.
The first helping gives the toast a “fabulous crumpety bite,” Lawson explained. “Stage two now — ready for it?” she asked, bracing viewers for what came next. “I need a little more butter, and it will stay in some golden patches on the surface.”
Lawson probably did not expect the uproar that would ensue from her highly controversial method, though perhaps she should have — the UK is, after all, a country that loses its collective marbles when a high street chain launches a vegan sausage roll.

“Nigella shows the nation how to butter toast … 5 minutes I will never get back,” one angry viewer wrote on Twitter.
“Nigella is the only person on the planet who can have me hanging on her every word as she tells me how to butter toast,” a more sympathetic commentator said.
Tabloids including the Mail Online and The Sun breathlessly reported on the mirth of some of Lawson’s audience, while The Telegraph added fuel to the fire by submitting the strategy to a number of accomplished chefs — none of whom backed the double-butter approach.

But Lawson found support in other corners of the internet. “I think it reasonable to say only Nigella could get away with teaching us how to make toast,” The Times columnist Alex Massie surmised.
“What have you started @Nigella_Lawson,” asked BBC radio presenter Zoe Ball, who dedicated a segment of her Wednesday morning show to allow listeners to debate the issue.
Lawson has been a staple of British television for decades, having first hosted her own cooking show in 1999.
The star’s cookbooks and charismatic presenting style have also made her popular internationally, earning her the moniker “domestic goddess” from fans.

India’s attitude to arranged marriage is changing. But some say not fast enough