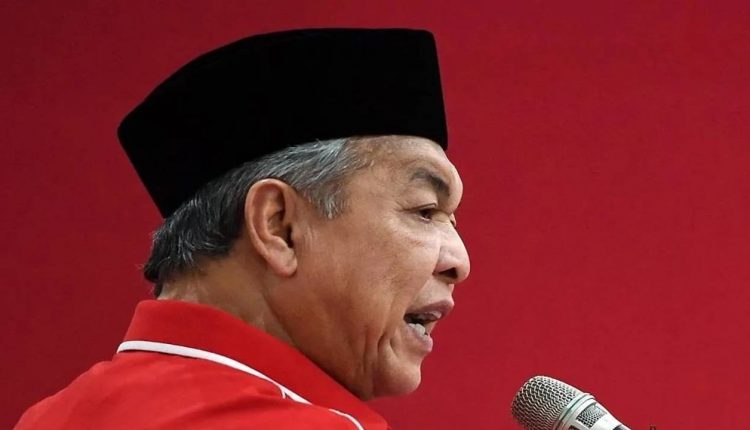 Ahmad Zahid, who is also BN chairman, said UMNO and BN are not component parties of Perikatan Nasional (PN), so any support for the PN government comes from individual MPs.

“UMNO and BN are not able to stop MPs supporting Anwar from meeting the Yang di-Pertuan Agong to make known his intention," he said in a statement.

“I was told that many UMNO and BN MPs have voiced their support (for Anwar). I respect their decision.”

READ: Anwar Ibrahim says he has 'strong majority' to form a new government in Malaysia

Anwar had earlier on Wednesday announced that he has garnered a "strong, formidable, convincing majority" of MPs to form a new government.

Parti Keadilan Rakyat (PKR) president and Port Dickson MP claimed that he was supposed to have an audience with the king, but that it was postponed because the king was hospitalised.

Meanwhile, MCA president Wee Ka Siong stressed that the party, together with BN, will continue to support the government under the leadership of Prime Minister Muhyiddin Yassin.

“In my capacity as MCA president, I wish to stress that our stance is clear and that MCA and BN fully stand by Muhyiddin. Under his leadership, the government has been able to function well and successfully contained the COVID-19 pandemic in the past six months.

"At the same time, we have revived the country's economy during these difficult times as a result of the COVID-19 pandemic,” he said in a Facebook post on Wednesday.

COVID-19 tests taken by travellers from India must come from ‘recognised labs’: MOH