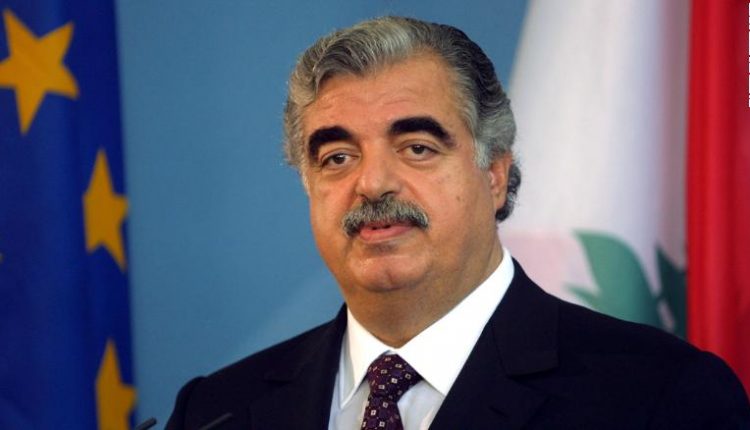 The lead suspect in the 2005 bombing that killed former Lebanese Prime Minister Rafik Hariri was convicted at a tribunal in the Netherlands on Tuesday.

Salim Jamil Ayyash was found guilty of being part of the “red cell phone network” involved in the planning of Hariri’s assassination.
The other three defendants, Assad Sabra, Hassan Oneissi and Hassan Habib Merei, were found not guilty at the Special Tribunal for Lebanon (STL) in The Hague. The hearing ruled that there was no evidence of their involvement in the bombing.
The special court was set up to try the four suspects, who were charged with conspiracy to commit a terrorist act, intentional homicide, attempted intentional homicide, and other related charges, according to the tribunal website.
The men’s whereabouts are currently unknown; the verdict was issued in absentia.
The assassination of Hariri was a seismic event in Lebanese history. The billionaire statesman was killed on February 14, 2005 when a bomb struck his motorcade near the Beirut seafront. The blast ripped apart his armored car and destroyed the motorcade, killing 21 other people and wounding more than 200 others.
Judge David Re said Hariri’s killing was “undoubtedly a political act”.
But he said there was no evidence that Iran-backed group Hezbollah or the Syrian government had any involvement in the assassination, despite both having possible motives.
“Syria and Hezbollah may have had motives to eliminate Mr. Hariri, and some of his political allies. However, there was no evidence that Hezbollah leadership had any involvement in Mr. Hariri’s murder and there is no direct evidence of Syrian involvement in it,” the judge said.
From 1993 to 2005, Hariri paid “millions of US dollars” to Syrian Chief of Intelligence in Lebanon Rustum Ghazaleh, and he had doubled his monthly amount on the day before his assassination, the judge added.
“The payments were seen as a form of blackmail necessary to preserve the relationship,” Re said.
One of the individuals involved in the conspiracy to assassinate Hariri was Mustafa Badreddine who, according to the STL, coordinated surveillance of Hariri and was killed in Syria in 2016. According to the US Treasury Department, Badreddine was responsible for coordinating military activities for Hezbollah in Syria. He was listed as a suspect in the assassination until his death was announced.
Speaking after the verdict was announced, Hariri’s son, Saad Hariri — also a former Prime Minister of Lebanon — told reporters the result was “satisfying.”
“Everybody’s expectation was much higher than what came out, but I believe the tribunal came out with a result that is satisfying. We accept it,” Saad Hariri told reporters in The Hague Tuesday.
“For the first time in the history of the many political assassinations that Lebanon has witnessed, the Lebanese know the truth, and for the first time, true justice has prevailed,” Saad Hariri added in a statement.

Hong Kong media tycoon Jimmy Lai was charged under a controversial national security law on Friday, police said, amid a crackdown on democracy activists in the city. Lai, 73, who is known for his support of the city’s democracy movement and criticism of mainland China, was charged on suspicion of colluding with foreign forces and endangering national security, according to Hong Kong police. He is the most high-profile person to be charged under the law, which was imposed by Beijing in June. The offense of colluding with foreign powers carries a maximum penalty of life imprisonment. Lai was arrested in August, on the same day that about 200 officers raided the newsroom of his pro-democracy tabloid Apple Daily, and seized scores of boxes of documents. Speaking to CNN at his home in Kowloon in August, Lai said his arrest was a “symbolic exercise” by local authorities to demonstrate the sweeping national security law imposed by Beijing had “teeth.” “There is always a price to pay. I have been fighting (for democracy) throughout the years,” he said, adding that he would continue to do so because “without freedom you have nothing left.”