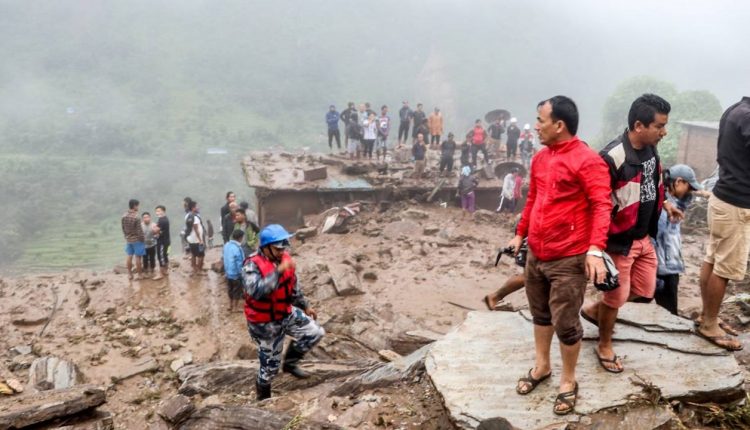 Ten people were killed and 21 are missing after a massive landslide swept away homes and people in Barahbise, 100km east of Kathmandu near the border with the Tibet region of China, Nepali government official Murari Wasti said.

Two others died in a landslide in Baglung in the northwest.

Both landslides struck the villages before dawn and people could not escape to safety, rescuers said.

"Rescuers are looking for those who are missing," Wasti told Reuters.

PM Modi pats Nitish on the back for sushasan , takes dig at Lalu

admin Jan 24, 2021
"Be honest, can you really say things are better today?" It is a question I have often been asked, by…