In an all-night session, the Knesset, Israel's parliament, enacted a law early Tuesday making it much more difficult to negotiate Jerusalem as part of a peace process. The holy city is the most sensitive — and perhaps most important — issue in the Israeli-Palestinian conflict, with parts of the city claimed by both sides as their capital.Only days earlier, a guiding body for Prime Minister Benjamin Netanyahu's party voted unanimously to apply Israeli law to West Bank settlements. Although that vote was non-binding, such a move would be seen as Israeli annexation of the territory.The law was passed as an amendment to Israel's Basic Law — the closest thing Israel has to a constitution — which gives it more political weight. The amendment stipulates that any attempt to transfer sovereign control of Jerusalem to a foreign entity needs to be approved by a supermajority of 80 Knesset members out of 120.Previously, the requirement was a majority of 61 members.And, in a move that is surely to be met with Palestinian outrage, the amendment also authorizes the Knesset to change the municipal borders of Jerusalem with a simple majority, provided any neighborhoods removed from the city remain under Israeli sovereignty. That allows Israel to remove Palestinian neighborhoods from the city per the Greater Jerusalem Plan being advanced by members of Netanyahu's governing coalition. "The goal is one that is shared by the overwhelming majority of Jewish Israelis," Deputy Minister Michael Oren told CNN," that Jerusalem will remain our capital and a Jewish majority city." In response to the new law, a spokesman for Palestinian Authority President Mahmoud Abbas said it was a "declaration of war" against the Palestinian people and their identity. "This vote clearly indicates that Israel has officially declared the end of the so-called political process and has already begun to impose dictating and de facto policies," said Nabil Abu Rudeineh according to Wafa, the official Palestinian news agency. "There is no legitimacy to the Trump decision, and there is no legitimacy to all the decisions of the Israeli Knesset. We will not allow in any way to allow such plans that are dangerous for the future of the region and the world to pass." Advancing the plan would also fuel unrest in a city and a region that has seen regular demonstrations since Trump's recognition of Jerusalem as the capital of Israel in early December.The new law has little practical effect, says Daniel Siedemann, director of Terrestrial Jerusalem, a left-wing NGO that tracks developments in the holy city, but "it does however incrementally add to the despair on the Palestinian side in the absence of any prospect of forward movement [toward a final-status agreement].""This is an unabashed attempt to shackle future Israeli majorities, and it fits into a whole range of actions that are currently taking place that are geared to make any future permanent status agreement based on the two-state solution impossible. This is a strategic thrust in that direction." Praising the amendment's passage, Education Minister Naftali Bennett said, "Our understanding is clear: No Jew has the authority to give up any part of the land. Nor does the Jewish people." 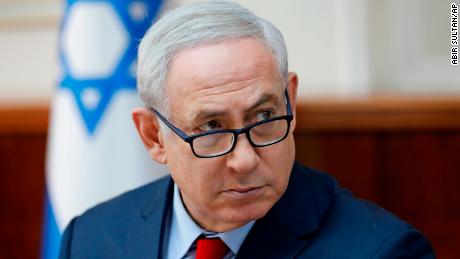 Though the amendment requires 80 votes to cede any part of Jerusalem, the amendment itself can be cancelled or changed with only 61 votes. Effectively, that means any governing coalition can alter the law, since 61 is the minimum number of seats for a coalition. Slamming Bennett and pointing out the relative ease of changing the law, Israeli opposition leader Isaac Herzog said in a statement, "Laws which do not benefit the citizens at all are being advanced only because of one person who is leading the coalition: Naftali Bennett." Passage of the law is one more blow to US President Donald Trump's closely guarded plans for a peace process. After Trump recognized Jerusalem as the capital of Israel, Palestinian leaders said they no longer saw the US as an honest broker for peace, and they distanced themselves from the Trump administration and cancelled meetings with White House envoys. Days earlier on New Year's Eve, the Likud Central Committee — the guiding body for Netanyahu's political party — voted unanimously to apply Israeli law to the country's settlements in the West Bank, a move that would be seen as tantamount to annexing large swaths of the territory. Israeli settlements in the West Bank are considered illegal under international law since the West Bank is recognized as occupied territory. This same land is where Palestinians hope their future state would lie. More than a thousand Likud members voted in favor of the resolution, according to a spokesman for the chair of the committee. Netanyahu was not present at the committee meeting. "He's trying to play with the cards," said Yoaz Hendel, head of the conservative Institute for Zionist Strategies think tank. "He tried not to stop [the Likud Central Committee vote] in order to make sure the right-wing base still sees him as the head of the right-wing camp. With his left hand, he is not part of it. He wasn't there, and if tomorrow morning you ask him, he'll tell you that this is only a matter of internal political discussions." The committee vote is non-binding, and Netanyahu is unlikely to implement the resolution as Trump pursues his peace plan, but it signals a Likud leadership increasingly willing to challenge Netanyahu and shift his agenda further to the right. In previous years, Netanyahu could have quashed such a resolution, knowing it would draw international criticism. But as Netanyahu faces two criminal investigations — and many in his closest circle implicated in a third — other politicians, including some within Netanyahu's own party, have become more audacious, sensing the possibility of early elections. "We will tell the world it does not matter what the outsiders say," said Minister of Public Security Gilad Erdan after the committee vote. Erdan placed first in party primaries held in August 2016. "We will place Israeli sovereignty over towns in Judea and Samaria," he continued, using the biblical term for the West Bank, "not because of our strength but because of our rights." In the past, Netanyahu has committed to a two-state solution, but walked this back in 2015 when he answered there would be no Palestinian state while he's in office. But he has refrained from endorsing any framework since Trump took office. In an exclusive interview with CNN, Netanyahu said, "Our position is Jerusalem remaining a united, safe and secure city. Freedom of worship for all faiths which we guarantee … Palestinians may have a different vision. They should come and negotiate. They say they won't negotiate; they're walking away from the negotiation table … again." But the Knesset move, led by Netanyahu's party, has now attempted to remove the Jerusalem issue from the negotiating table, even though Trump said his recognition did not determine Israeli sovereignty over the holy city or contested borders. Both issues have been viewed as final status issues, only to be decided in negotiations.