Iraqi Minister of Foreign Affairs warns: ‘In some areas, IS activities are increasing” 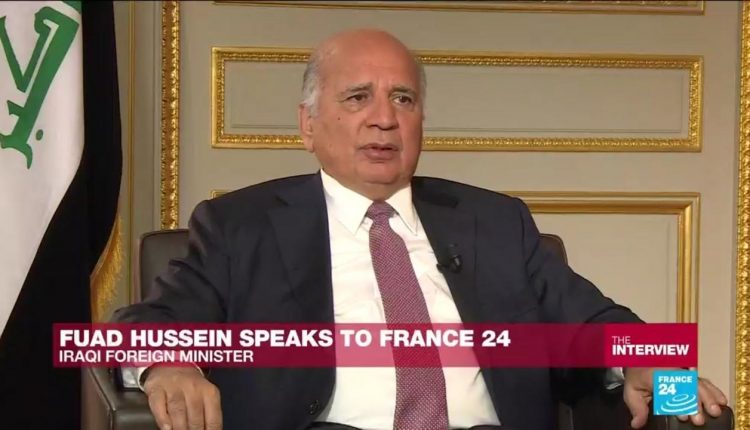 Iraqi Minister of Foreign Affairs Fuad Hussein spoke to FRANCE 24 about the challenges facing his country and the whole region. He said the Islamic state group (IS) was still a threat and that the number of ISIS fighters and their networks was higher than a recent UN estimate of 10,000 in Iraq and Syria. "We are sure we can defeat IS," he says, "but we need cooperation with many other countries."

Fuad Hussein stressed that in visits to Tehran and to Washington, the Iraqi Prime minister had urged both countries to refrain from fighting a proxy war on Iraqi soil.

A 'new stage of dialogue' with Turkey

He also said Iraq's relations with Turkey, which had soured after Turkey killed three Iraqi military last month, were improving. 'We hope we will begin soon with a new stage of dialogue', he said, revealing that the Iraqi prime miRead More – Source