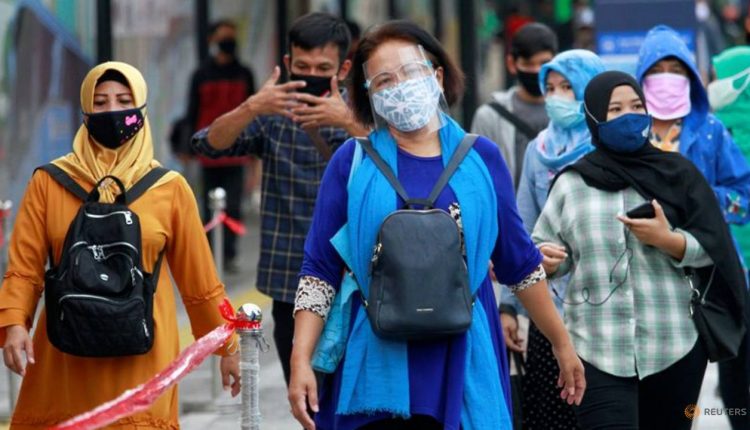 JAKARTA: Indonesia's capital plans to double its COVID-19 testing capacity in the near future, its governor told Reuters on Thursday (Sep 17), as it fights surging infections that saw restrictions re-imposed to slow the spread and help hospitals to cope.

Jakarta alone has seen more than 1,000 new daily cases on average this month, more than double the average in the first half of August, with the tide of infections piling pressure on its under-resourced health sector.

Governor Anies Baswedan said in an interview that the city of 10 million was conducting about 50,000 daily coronavirus tests and hopes to "at least reach double from where we are today".

READ: 5 Bali restaurants popular with tourists and how they are faring during COVID-19

According to the World Health Organization, Jakarta's weekly testing rate of five-and-a-half to six people per 1,000 population in the past three weeks was five times the WHO's minimum benchmark.

Baswedan said the rapid case rise left him no choice but to bring back social restrictions that he eased in June, with limits on commerce, transport and places of worship re-imposed.

"We had never experienced this kind of jump," Baswedan said. "That's why … we decided to pull a brake."

He said 13 of Jakarta's 67 hospitals have been designated as COVID-19 treatment centres.

Asked if more would be dedicated to coronavirus cases, he said, "I don't hope so."

"No one wants to see that," he added.

Unlike many Asian capitals, Jakarta did not impose a lockdown and opted for a more calibrated approach, which some critics say was too lax.

India working with other pro-reform countries towards expansion of UNSC: MEA