To Iran's enemies, the meeting marked the culmination of their worst nightmares. It was a moment marking Iran's victory in ensuring its friends and allies now control a swath of territory spanning the northern edge of the Arab world, from the borders of Iran to the Mediterranean Sea. In many ways, that meeting on the border, posted online by the media unit of the Iranian-backed Lebanese group Hezbollah in November, was the defining moment of 2017. It marked Iran's resurgence, and, in turn, the failure of American foreign policy. For a US President who vowed to take on Iran and undo his predecessor's steps towards a rapprochement, Donald Trump has unintentionally enabled the Islamic Republic's rise. Trump promised that defeating ISIS would be his top priority in the region, and US forces have been critical in achieving that goal. But beyond that one priority, US policy in the region is a dog's breakfast of confusion and contradiction that has surprised and alienated US allies and played into the hands of Washington's foes.

From Jerusalem comes the reckoning

The most recent example came in December when Trump recognized Jerusalem as the capital of Israel against the publicly stated advice of Washington's closest Arab allies, including Saudi Arabia and Jordan.Street protests against Trump's announcement may be fizzling out, but much broader moves are afoot by opponents quick to capitalize on the negative fallout. A week after the announcement, an emergency meeting in Istanbul of Muslim leaders declared that Trump's "null and void" decision marked America's disqualification as an honest broker in the Israeli-Palestinian peace process.Palestinian Authority President Mahmoud Abbas said "the US has chosen to relinquish its competence as mediator, and to disqualify itself from playing a role in the peace process. We shall not accept any role for the United States in the peace process. They've proven their full bias in favor of Israel."This is the same Mahmoud Abbas who, standing next to President Trump last May in the White House, told him "with you we have hope."Presiding over this public rejection of the US role in Israeli-Palestinian talks was a formidable group of regional players, including Turkey's Recep Tayyip Erdogan, Iran's Hassan Rouhani, Jordan's King Abdullah II and Qatar's Emir Tamim Al Thani. Related: How each country voted at the UN on Jerusalem status resolutionAgainst this backdrop, the job of crafting and implementing US Middle East policy is the responsibility of Trump's 36-year-old son-in-law, Jared Kushner. A neophyte by any measure, but not a neutral observer, Kushner served as co-director of a foundation funding Israeli settlements — illegal under international law — in the West Bank.All the while, key US diplomatic posts in the region remain vacant. Eight US embassies in the Middle East, including in Egypt, Turkey, Jordan and Saudi Arabia, are without ambassadors, this at a time when the US State Department, under the unsteady leadership of Rex Tillerson, is hemorrhaging talent. The Trump administration is ignoring the advice of the experienced, knowledgeable diplomats and it shows, on the question of Jerusalem and the broader Middle East. The beginners are in the driver's seat, in Washington, and elsewhere. Buckle up.

Trump's man in the Middle East

President Trump's closest Arab ally at this tumultuous time is 32-year old Saudi Crown Prince Mohammed Bin Salman, who has embarked upon an erratic course of dramatic liberalization at home — such as finally allowing women to drive and permitting the opening of movie theaters — and massive miscalculations abroad.The Crown Prince is believed to be the main proponent of the disastrous war in Yemen, the ineffectual embargo of Qatar (which has driven the gas and oil-rich emirate closer to Iran), the bizarre resignation of Lebanese Prime Minister Saad Al-Hariri (who subsequently withdrew his resignation) and most recently the brief detention of powerful Jordanian-Palestinian billionaire banker Sabih Al-Masri (who runs the Arab Bank, which is a main financial backer of the Jordanian government, and who is a major investor in the Palestinian territories). It all amounts to a ham-handed effort to try to force a variety of key players in the Arab world to toe the Saudi line, and so far, all it has yielded is a wave of anti-Saudi sentiment across the region. Opinion: Saudi Arabia's crown prince is making a lot of enemiesAll the while the US, with urging from Saudi Arabia and Israel, is trying to cobble together an alliance to counter Iran's growing power. Decades of sanctions and diplomatic isolation haven't neutralized Iran's growing influence, and a collection of countries consumed by bickering and led by a superpower distracted by its own disorder isn't likely to achieve it either. That, plus the prospect of even trying to achieve peace between Israel and the Palestinians — never an easy task in the best of times — will become mission impossible under current conditions. 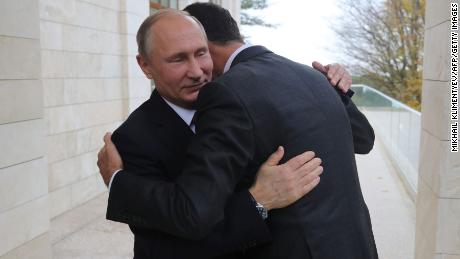 Iran's increasing strength and influence coincides with an ever-more assertive Russian presence in the region. In September 2015, Russian President Vladimir Putin came to the rescue of Syrian President Bashar al-Assad, providing air and ground forces that helped, along with troops from Iran, Hezbollah and Iraq, to turn the tide in the country's civil war. By December of this year, Putin was able to savor a "mission accomplished" moment during an unannounced visit to the Hmeimim air base in Syria, and declare that Russian forces would begin to partially withdraw. Meanwhile, Russia has continued to improve ties with Turkey, a NATO member state. Moscow and Ankara have been the main sponsors of the Syrian peace talks in Astana, Kazakhstan, where the US has been, at best, a passive observer. In a first, the two countries signed a deal for Turkey to purchase a S-400 surface-to-air missile system. Analysis: This one photo tells you all you need to know about SyriaHere also, Russian assertiveness came with weakening US diplomatic muscle. US support for Kurdish-led forces fighting ISIS in northern Syria has dealt US-Turkish relations a significant blow. Turkey claims that the main Kurdish faction in the country is the Syrian branch of the PKK, which has waged a separatist war against the Turkish state since 1984.

Careening from crisis to crisis 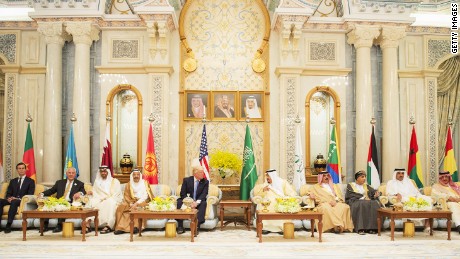 In all fairness, confusion is not new to US policy in the Middle East. President Barack Obama drew a red line over the Syrian government's use of chemical weapons against its opponents, but when in August 2013, Syria did just that, the red line disappeared and the US failed to act. The Obama administration dithered over whether or not to support the armed Syrian opposition, eventually giving it just enough weapons to fight Bashar al-Assad's regime but not enough to defeat it. Divided and radicalized, the Syrian opposition is now on the brink of defeat.Syria's history of carnage and civil warThe Trump administration inherited those failures, and has hastily built upon them, threatening to repudiate international agreements such as the Iran nuclear deal, and breaking from long-held positions, such as the status of Jerusalem. It is now signaling a readiness to take a more aggressive position on Iran. Just last week, US Ambassador to the United Nations Nikki Haley put on a show-and-tell with what she claimed were the remains of an Iranian-supplied ballistic missile fired at Saudi Arabia from Yemen. It smacked of former US Secretary of State Colin Powell's 2003 UN address in which he claimed that Iraq possessed weapons of mass destruction. Haley seemed to be laying the ground for the case for another US-led "coalition of the willing," this time against Iran. The last coalition didn't work out so well.Traditional Europeans allies are breaking ranks with Washington, stepping back as the United States and Saudi Arabia careen from one self-created crisis to another in the Middle East. As the Western alliance splinters, Russia methodically pursues closer ties with an ever more empowered Iran and Turkey.Washington, consumed and distracted by its own toxic domestic politics, is rushing head-long into, at best, irrelevance, at worst, catastrophe, in the Middle East. If you thought 2017 was a rocky ride in the Middle East, brace yourself for 2018.