For the first time since February 2016, the North was calling the South.And South Korea answered.Little is known about the contents of the 20-minute call, which ended at 3:50 p.m. South Korean time (which is half an hour ahead of North Korean time).The South Korean Ministry of Unification simply said the two sides "checked technical issues of the communication line."

Calls are made using a green handset, marked "North," and received on a red handset, though the colors can be switched if needed. Letters above the computer screen read "South-North Direct Phone" and two clocks show the current time in each country. After the call ended, officials from the Ministry of Unification — responsible for "all issues pertaining to inter-Korean relations and unification" — stayed by the phone, on the off-chance that the North would call again.And just over two hours later, after darkness had fallen in the village of Panmunjom, they did. At 6:07 p.m. local time, North Korea made contact once more, saying, "Let's call it a day today."On Thursday, the two sides exchanged three more calls.

In the hours before the first call Wednesday, North Korean state media announced that the country's leader Kim Jong Un had given the order to open the line and establish communications. 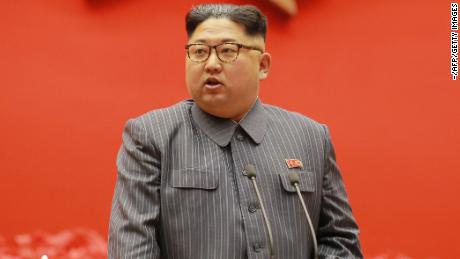 The trigger appeared to be the upcoming Winter Olympics in South Korea, where North Korea hopes to have its athletes represented.The news came as a welcome surprise to South Korea, whose President has long called for dialogue with the North. The South has been calling the North every day at 9 a.m. and 4 p.m. since communications ceased in February 2016 — and never getting an answer. The same phone was used to receive the calls today and yesterday."The restoration of the communication channels means a lot," said Yoon Young-chan, the South Korean presidential press secretary. He said he hoped it would lead to North-South contact being made "on a regular basis." 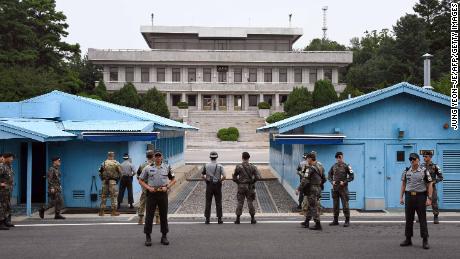 A village of war and peace

Both ends of the hotline used are located in the border village of Panmunjom in the demilitarized zone (DMZ) between the two states. The phones are located just 80 meters apart, on either side of the border, according to the Ministry of Unification.Despite a constant military presence, Panmunjom is known as a peace village. It was here that the two sides signed an armistice agreement in 1953, ending three years of active combat in the Korean War. 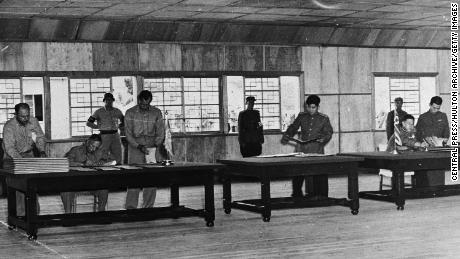 But it was also here that defector Oh Chong Song was shot in November as he fled south by fellow North Korean soldiers, who violated the armistice by firing into the DMZ.Whether Panmunjom will again enter the history books — this time as the place where North-South diplomatic relations were renewed — is still unknown.Statements from the Unification Ministry provided to CNN indicate that there was no mention of future talks in any of the three phone calls made so far.But given that South Korea has been calling the North twice a day for the past two years, it's likely that the phone at the northern end of the hotline will continue to ring. That's if North Korea doesn't call first.

US, S Korea agree not to hold drills during Olympics