How artificial intelligence may be making you buy things 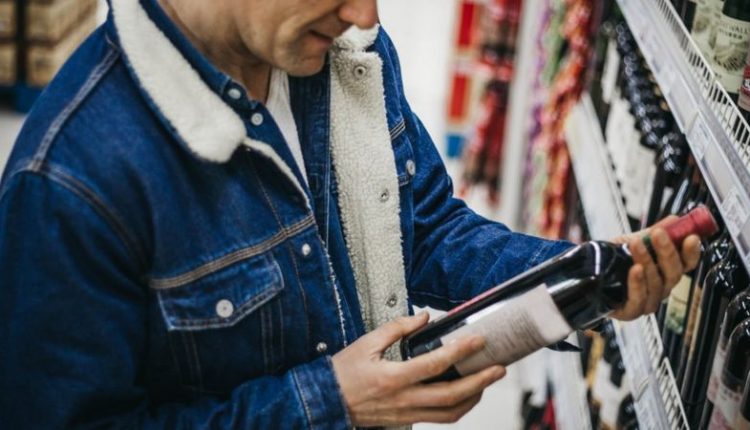 The shopping lists we used to scribble on the back of an envelope are increasingly already known by the supermarkets we frequent.

Firstly via the loyalty cards we scan at checkouts, and more and more so from our online baskets, our shopping habits are no longer a secret.

But now more retailers are using AI (artificial intelligence) – software systems that can learn for themselves – to try to automatically predict and encourage our very specific preferences and purchases like never before.

Retail consultant Daniel Burke, of Blick Rothenberg, calls this “the holy grail… to build up a profile of customers and suggest a product before they realise it is what they wanted”.

So the next time you dash into your local shop to buy certain snacks and a particular wine on a Friday night, perhaps you can blame AI, and a computer that has learned all about you, for the decision.

Will Broome is the founder of Ubamarket, a UK firm that makes a shopping app that allows people to pay for items via their phones, make lists, and scan products for ingredients and allergens.
“Our AI system tracks people’s behaviour patterns rather than their purchases, and the more you shop the more the AI knows about what kinds of products you like,” he says.

“The AI module is designed not only to do the obvious stuff, but it learns as it goes along and becomes anticipatory. It can start to build a picture of how likely you are to try a different brand, or to buy chocolate on a Saturday.”

And it can offer what he calls “hyper-personalised offers”, like cheaper wine on a Friday night.
Ubamarket has struggled to persuade the UK’s biggest supermarkets to adopt the app, so it has instead done deals with smaller convenience shop chains in the UK including Spar, Co-op and Budgens, stores not traditionally associated with hi-tech.

Take-up of the app remains low but it is growing, in part thanks to the coronavirus pandemic, which has made people more reluctant to touch tills or stand in queues.

“With the app we have found that the average contents of a basket are up 20%, and people with the app are three times more likely to return to shop in that store,” says Mr Broome.
In Germany, a Berlin start-up called SO1 is doing similar things with its AI system for retailers. It claims that nine times more people buy AI-suggested goods than those offered by traditional promotions, even when the discounts are 30% less.

Getting offers on goods that you actually might want to buy rather than random coupons is great for consumers. However, Jeni Tennison, who heads up the UK’s Open Data Institute, a body that campaigns against the misuse of data, remains cautious about the vast amounts of information on people that is being collected.

“People are happy to be recommended products, but start to feel more uncomfortable when they are being nudged, or manipulated, into particular buys based on a caricature of who they are rather than the full complexity of their personality,” she says.

And she adds that there are bigger societal questions raised by the use of AI in retail.

“We need to ask how equitable and ethical the data collection is. So, for example, are middle-class white women being offered money off fresh vegetables, but it is not being offered to someone who could really benefit from it?” says Ms Tennison.

“What we really need to understand is what impact data collection and profiling has on different sectors of society. Is it profiling people based on race, social economic status, sexuality?”

Online giant Amazon is no stranger to data collection. It has vast amounts of information on its customers from their online purchases, and via its products such as Ring doorbells and Echo speakers. It is now making a move into physical retailing, with bricks-and-mortar shops packed full of AI-aided computer vision technology.

It means that in its Amazon Go grocery stores, currently up and running at 27 locations in the US, people can shop with no interaction with a human or a till.

They simply swipe their smartphones on the scanner when they enter the supermarket, pick up what they want to buy, and then just walk out. The AI is watching of course, and sends you a bill at the end.

The first Amazon Go stores were small sites, because of the expense of the sensors and equipment needed, but the company is gradually expanding to larger stores.
Amazon is also working on tech for supermarkets that don’t want to retrofit their stores with such costly systems. This is where its Dash Cart comes in, a supermarket trolley that is packed with sensors to detect and collate everything you put in.

In the Los Angeles store where it is being tested, it has a special fast lane to check out, without the need for a human, of course.

Another US retailer, Kroger, is experimenting with smart shelves fitted with LCD displays that beam contextualised content designed to draw customers towards them. Some display offers and personalised content by connecting via Bluetooth to loyalty apps on phones.

More than three-quarters of large retailers around the world either have AI systems now in place, or plan to install them before the end of the year, according to research group Gartner.

Its analyst Sandeep Unni says the global pandemic has accelerated this trend because it has dramatically changed consumer habits.

“People panic bought, and focused on essential rather than non-essential goods, which in turn created a huge supply-demand imbalance,” he says. “This meant that we saw shelves becoming empty, and demand forecasting was suddenly not working.”
US firm Afresh makes AI-based supply systems for supermarkets to help best plan for what stock levels are required.

Afresh founder Matt Schwartz says that staff have to teach the AI systems about key events in the calendar, such as the recent Halloween.

“Historically taking account of things like holidays [and other events] has been one of the biggest challenges for AI,” he says.

“[And] we can’t fully automate away the humans. The AI may suggest 20 cases of pumpkins for October, and the humans can adjust that if they need to.”