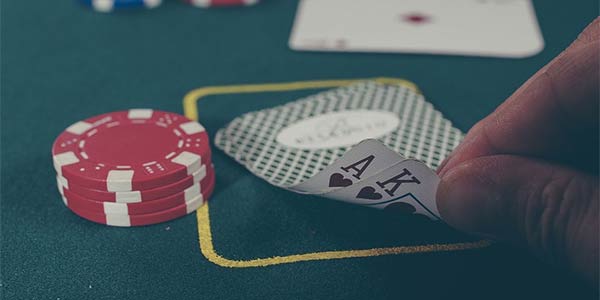 One of the last things Norway’s outgoing government minister in charge of cultural and sports issues did was to launch an attack on international gambling companies. He sent out a new proposal for hearings that would block betting sites that lack Norwegian authorization, like those run by Unibet, Betsson and ComeOn.

“These companies do what they can to avoid Norwegian law,” former Minister of Culture Abid Raja told newspaper Aftenposten. “By blocking them, we can manage to gag them.”

A majority in the Norwegian Parliament has already expressed support for blocking international gambling sites, so the proposal is expected to be approved. Norwegian courts have also determined that Norway’s own state monopoly on gambling (Norsk Tipping) complies with the terms of Norway’s trade agreement with the European Union that otherwise discourages monopolies. The EU has also long exempted Norway’s state monopoly on the sale of most all alcoholic beverages (Vinmonopolet). Even sponsorship of Norwegian athletes by international online betting companies has sparked criticism and conflicts in Norway.

“The goal is to limit offers of illegal gambling, out of consideration to vulnerable players,” Raja stated in his ministry’s press release on the issue (external link, in Norwegian). Raja said the government wants to protect those who can be addicted to gambling by strengthening Norway’s monopoly on it, and channeling gamblers to Norsk Tipping, the proceeds of which go towards helping to fund athletics.

Blocking websites is controversial and raises concerns regarding freedom of expression, which Raja acknowledged. “We really don’t want to have to use DNS-blocking (the professional term for it),” he told Aftenposten, “but we also don’t  want to have the gambling problems that these companies bring to the country.” He called the looming blockage “the lesser of two evils.”

Raja also acknowledged that some technical “enthusiasts” may find a way around the online blockage: “The most technically gifted will find a loophole, but most don’t have such competence and won’t try to break through the blockage.”

The largest gambling sites were initially reluctant to respond to the proposed blockage. Some, like ComeOn, didn’t want to comment while others expressed intentions to respond during the hearing process this autumn. Several continue to contend that it’s not illegal for Norwegians to gamble on international websites. Carl Fredrik Stenstrøm, secretary general of the four-member Norwegian trade association for online gambling, told Aftenposten that the industry “and 250,000 Norwegians who take advantage of the international offers” for online gambling would “react negatively” if blockage is approved by law and takes effect.

The ministry, now under the political leadership of Anette Trettebergstuen of the Labour Party, promised to evaluate all input coming in. “The most important thing is that we continue the fight against cynical international gambling companies, and make it even more difficult for them to offer illegal gambling in Norway,” Raja stated.