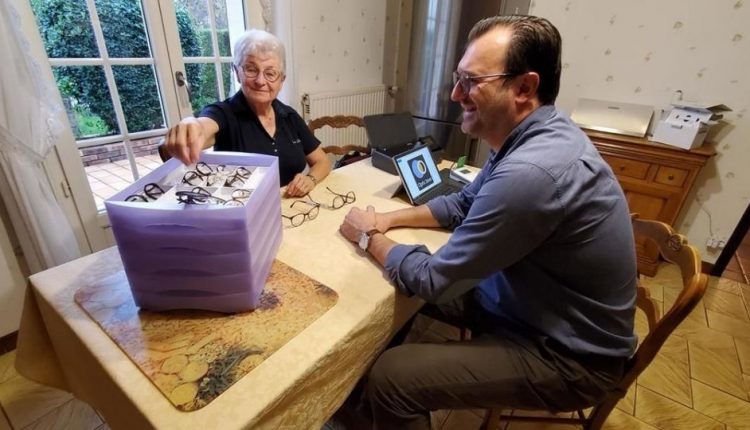 Two rounds of Covid-19 lockdowns have taken their toll on French merchants, who are looking for innovative ways to boost fourth-quarter sales. Some of these changes are likely to last long after the pandemic is over.

As have so many sectors in France, retailers have been struggling to survive amid Covid-19 lockdowns and new sanitary measures limiting the number of shoppers who can be in a store at any given time. With the internet their only lifeline, many are devising new ways of attracting customers – or developing an online presence for the first time.

That has been a big leap for the nation’s smallest independent merchants – those with one or two employees – of which only 32 percent had any web presence at all before the health crisis, and only 9 percent were able to sell goods online, according to Lionel Saugues, Vice President of the French Federation of Merchants Associations (FFAC).

With no more in-person shopping, those businesses faced an adapt-or-die moment, but many had no idea how to go about building a digital presence, especially at short notice and in difficult circumstances.

Enter Google France. Working in partnership with the FFAC, on November 9 Google launched “My Online Shopfront,” to lend a hand to small and medium enterprises (those with fewer than 250 employees), which constitute 99 percent of businesses in France, according to government statistics.

The programme will provide merchants with personal coaching, done either by telephone or videoconference and available six days a week, a website where they can get advice, and interactive training resources. While the programme is too new to be able to be assessed for success, early indications are that businesses are eager for the help: 2,000 enterprises took part in a recent webinar, Saugues said. Normally attendees at such events number in the hundreds. “There is real demand,” he stressed.

The initiative will continue after lockdown has been lifted. When possible in the context of the health crisis, teams will go to locations around the country to provide in-person assistance, Saugues said.

The French government is getting in on the act as well. On the same day that Google and the FFAC announced their initiative, French Finance Minister Bruno Le Maire told BFM TV that French businesses needed to speed up their move to digital commerce. “Can merchants do it on their own, to make their own websites? No”, he said. Beginning in January, the government will help small businesses build and launch their websites with grants of 500 euros, he said.

It’s not just small businesses that had to up their games. Larger non-essential merchants were shut, too, and while many of them already had a web presence, they didn’t always prioritise their e-business. Lockdown forced them to find new ways to connect with customers as well.

The in-store experience, at home

Businesses with strong online presences have turned to personalisation to boost sales. Given the limitations on in-person shopping, whether they be from closed stores or new restrictions on how many customers can be in a shop at any given moment, retailers have tried to replicate the live retail experience at home.

For example, home decor company Madura offers personalised guidance via videoconference. You send in photos of your bedroom or living room and their experts will provide design concept boards to help you choose furnishings. “In our field of activity, support and advice are essential,” said Madura CEO Vincent Rey.

Similarly, when buying textiles, feel is often as important as appearance for customers, so Madura will send fabric samples to help the decision-making process. The aim is, as much as possible, “to replicate the experience you can have in a store at home”, Rey said.

The approach seems to be paying off: since the beginning of the second lockdown in France, the number of visitors to Madura’s website has doubled.

Eyewear chain Optic 2000 started their in-home service in late 2019, in which an optician will go to a person’s house with all the equipment necessary to fit a client for glasses, but it has grown in leaps and bounds during the health crisis (despite being an essential business and allowed to stay open during the second lockdown, they saw a dip in in-store visits). Initially, the company had one such request a week out of its five stores in Dijon; last week there were 24. “It is growing rapidly,” said Olivier Padieu, CEO of the Optic 2000 Group. Roughly 84 percent of the companies stores nationally, or 920, offer the service.

They, too, do their best to replicate the in-store service online. Using your computer camera, you can virtually try on frames in their virtual dressing room.

Other companies are seeing similar growth in their online business, said Emmanuel Le Roch, General Delegate for Procos, a business trade group. In 2019, e-commerce accounted for 9 percent of all retail sales in France, Le Roch said. In 2020 that figure is likely to be 14 or 15 percent, he said.

Going into lockdown, France was already among the leaders in Europe in e-commerce spending per capita, though its digital market is less than half the size of the UK, according to the e-commerce foundation. The first lockdown grew the online marketplace, a study by Adobe showed. They found that during the first confinement, 88 percent of those surveyed had shopped online at least once, and 49 percent did so regularly. More than half – 55 percent – said they bought something online that they didn’t normally buy in stores.

Consumers say they plan to keep their new habits. In a GlobalWebIndex survey conducted in April, 23 percent of French internet users between the ages of 16 to 64 said they expected to shop in-person less frequently, even after the pandemic is over.