One hundred prominent French women put their names to the text published in Le Monde on January 9 defending men's "freedom to pester" women. The letter sparked an angry response from many feminists around the world.In a follow-up letter published in the left-wing newspaper Liberation on Sunday, Deneuve, 74, disassociated herself from those who have used her intervention to justify male harassment of women as a normal part of life.The film star said that she was sending a fraternal salute to "the victims of these hideous acts who may have been shocked" by the Le Monde letter. "It is to them, and them alone, that I offer my apologies," she wrote. In French "fraternally" also means "sisterly."Deneuve pointed out that she had been at the forefront of the campaign to legalize abortion in France in the early 1970s. "That is why I would like to say to Conservatives, racists and traditionalists of all shades who decided it was strategic to give me their support that I am no dupe. They will have neither my gratitude nor my friendship. To the contrary. I am a liberated woman and I will stay that way."Deneuve said she now wanted "to emphasize my disagreement with the way some of the signatories have individually granted themselves the right to make appearances all over the media, distorting the very spirit of this text.""Saying on TV that you can enjoy a rape is worse than spitting in the face of all those who have suffered this crime," she wrote, referring to the TV host and former porn star Brigitte Lahaie, one of the women who put her name to the Le Monde letter. 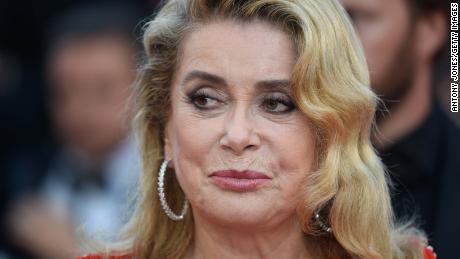 Lahaie claimed on CNN affiliate BFMTV that some women can gain physical pleasure from rape. In her letter Sunday, Deneuve said that during her long acting career she had of course "witnessed some situations that were more than delicate" or had heard from other actresses that "filmmakers have shamefully abused their power."She said it was power and influence that create "traumatic untenable situations.""The trap springs when it becomes impossible to speak out without risking your job, or to suffering degrading humiliation and sarcasm," she said. The solution, Deneuve wrote, is in education of children and maybe also from corporate action when harassment occurs.

89 million tourists: Why France is still the most visited country on earth