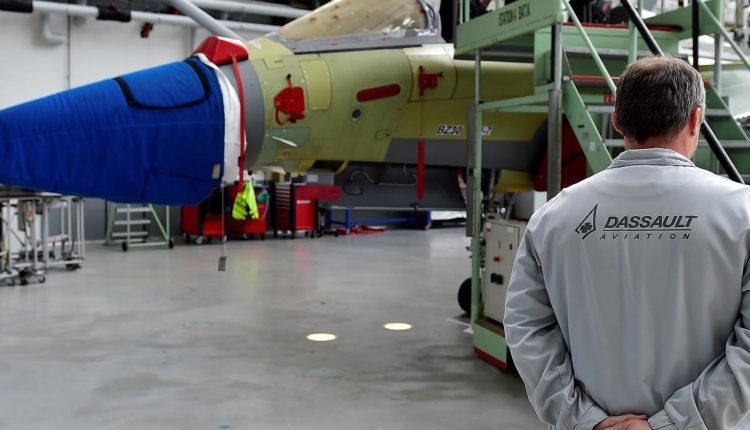 As the French President Emmanuel Macron faces accusations that he is moving to curtail the civic rights in his country and reduce transparency, the recent state visit of Egyptian President Abdel Fattah al-Sisi underscored France’s longstanding willingness to turn a blind eye to systemic oppression in the countries it sells weapons to.

When Sisi came to France for a state visit this week, less than a month after prominent human rights workers in Egypt were arrested and slapped with terrorism-related charges following a meeting with French and other European diplomats, Human Rights Watch called for arms sales to Egypt to stop and activists were looking to French President Emmanuel Macron to make a strong statement.

They had, perhaps, reason to be hopeful. After the November arrests, the French Foreign Ministry issued a statement expressing its “deep concern” about developments in the Arab nation. “France maintains a frank, exacting dialogue with Egypt on human rights issues, including individual cases,” the statement said.

In the end, not only were activists disappointed by Macron’s reception of Sisi, they were outraged by it. Far from taking a firm line on abuses and demanding that Egypt do better if it hoped to continue receiving military aid, Macron went out of his way to disassociate the purchase of arms with the respect of human rights.

“I will not condition matters of defence and economic cooperation on these disagreements [over human rights],” Macron said in a press conference. “It is more effective to have a policy of demanding dialogue than a boycott that would only reduce the effectiveness of one of our partners in the fight against terrorism.”

“The whole way he framed the human rights debate in the press conference was horrific,” said Timothy Kaldas, Nonresident fellow at the Tahrir Institute for Middle East Policy. “Arresting human rights workers and oppressing Egyptians is not fighting terrorism. Quite the contrary.”

Macron’s stance was particularly salient given that his own government has been under fire over a proposed security law that critics charge would limit civic liberties in France. At the same time that he has defended France’s commitment to freedom of speech in the wake of the killing of a teacher who showed his class caricatures of the prophet Mohammed. Macron called the teacher, Samuel Paty, a “quiet hero” dedicated to preserving French values.

Macron’s position with Sisi this week was notably softer than the one he took in January 2019, when he told his Egyptian counterpart that security could not be considered separately from human rights, noting that oppression jeopardises stability rather than enhance it.

“It’s a double standard,” said Rim-Sarah Alouane, a Researcher in Public Law, University Toulouse Capitole. “We are in the middle of this hypocrisy about how we are supposed to be the country of the enlightenment, of human rights – we are supposed to have basically created human rights – and yet we have no problem making deals with the devil and closing our eyes to what should be the most important thing: the protection of the human.”

Kaldas agreed: “[Macron] will be adamant about how much France cherishes its values in one context and then be completely unwilling to prioritise those values in his relations with authoritarians.”

Marcon has shown himself similarly willing to ignore abuses in other parts of the region as well. When several European countries, including Germany, called for the suspension of arms sales to Saudi Arabia after the murder of journalist Jamal Khashoggi, Macron dismissed those concerns as “demagoguery”, saying the weapons had nothing to do with the murder. “I understand the connection with what’s happening in Yemen, but there is no link with Mister Khashoggi,” he said.

Saudi Arabia leads a coalition that has been engaged in a war in Yemen that has had devastating effects on the humanitarian situation there. “The only reason [Macron] cites Yemen is to dismiss the other argument, but then he continues to provide the arms that fuel the war in Yemen,” Kaldas said.

France has a vested interest in batting away the issue of rights abuses. Arms sales are big business for the country, which is third in global military exports, coming behind the United States and Russia. The defence sector in France employs 200,000 people, roughly 13 percent of the total industrial workforce, according to a report by the country’s parliament.

France is one of the few countries in the world capable of independently producing advanced military systems, and arms sales are key to the survival of the defence sector.

“It’s important for France to maintain its own arms industry,” both to be a significant player on the world stage and to be self-sufficient, said Pieter D. Wezeman, Senior Researcher in the Arms and Military Expenditure Programme at the Stockholm International Peace Research Institute. “To be able to do that, you need to have export clients, because otherwise you won’t be able to afford it.”

As Minister of the Armed Forces Florence Parly put it in 2018: “Arms exports are the business model of our sovereignty.”

And the industry is growing. Arms sales can vary widely from year to year, so researchers look at extended periods of time. Comparing the years 2015-2019 with 2010-2014, French arms exports grew 72 percent, representing 7.9 percent of the global arms market. Over the past decade, the Middle East has accounted for roughly 48 percent of French exports, said Guy Anderson, Associate Director of the Industry and Markets division at Jane’s, publisher of Jane’s Defence Weekly.

“France has been very prolific in providing weapons to a wide range of people,” Wezeman said.

France has been known to ignore arms embargos as well. In his autobiography “No Room for Small Dreams,” the late Israeli politician Shimon Perez said that France secretly sold weapons to Israel back in the 1950s, when few nations would. And it was the French who gave Israel its nuclear capacities, Perez wrote.

The illicit arms sales have continued. The French found ways to supply weapons to the apartheid regime in South Africa despite restrictions on such exports and press reports said that military material found in Libya in 2019 indicated that France had violated the arms embargo there.

“France is one of the least scrupulous arms sellers on earth,” said Kaldas. “Even the US is a little more restrictive about their arms sales.”

Norway threatens to shut out EU, UK fishermen if no Brexit deal