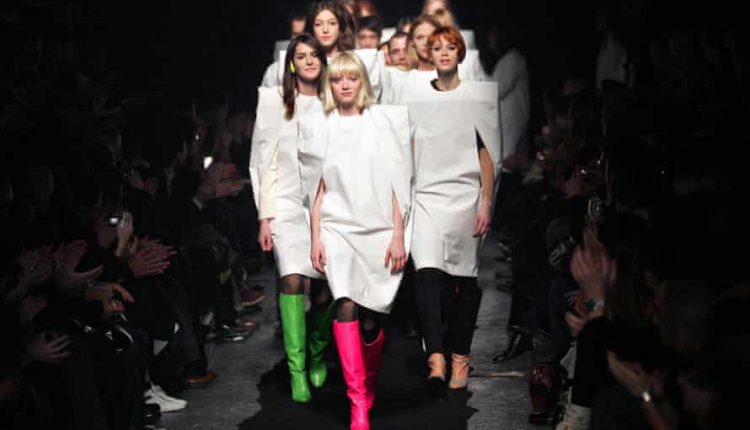 After 12 years out of the public eye, the reclusive fashion designer Martin Margiela has announced his comeback – as an artist.

The Belgian, who retired from fashion design in 2009, is to exhibit at the Lafayette Anticipations gallery in Paris.

The exhibition, simply called Martin Margiela, will open on 15 April and feature a collection of his sculptures, photographs and installations, all previously unseen in public.

“This exhibition celebrates the idea that Martin Margiela has always been an artist, whose work has played out since, within and outside the art world,” the gallery said in a statement. “[He] has always made us look at things with fresh eyes. Going against the grain he cultivated an obsession for discreet people, abandoned objects and forgotten places and events, bestowing on them a new dignity.”

Margiela graduated from Antwerp’s Royal Academy of Fine Arts in 1979 and worked for Jean Paul Gaultier between 1984 and 1987 before launching his Maison Martin Margiela fashion company (now known as Maison Margiela).

The trademark Margiela designs were postmodern and anti-fashion. He would take apart previously worn clothes and put them back together again via techniques such as bleaching and slashing. He would leave exposed threads and linings in his designs, underlining the role of the atelier in the production process. His trademark item, the “wig jacket”, was a high-fashion example of this sort of revolutionary DIY deconstructionism: a rendering of a fur jacket done with brown acrylic hair that took 51 hours to sew together.

“He invented conceptual fine art fashion,” said Prof Angela McRobbie of the University of London, who added that his influence could be seen today in designers including Balenciaga’s Demna Gvasalia and Hussein Chalayan.

Margiela himself was an enigma. Running his label in sharp contrast to the big-name designers of the time who traded on their brand name and image, he insisted that no photographs were taken of him, interviews were not conducted face to face and he did no end-of-catwalk-show bows. In 2011, he told the Independent, via fax, “we prefer to focus on the clothes and not all that is put around them in the media”.

His flagship store in Brussels was painted entirely white and one of his trademarks was an anonymous white label stitched into his clothes. “He refused the lure of superstardom, remaining largely invisible,” McRobbie said.

After 41 runway shows between 1989 and 2009 he announced his retirement. “He was sick of the system of having to do so many collections a year,” Reiner Holzemer, the director of the documentary Martin Margiela: In His Own Words, told the Guardian last year. “After he left, he suffered physically and it took him a year to recover from the stress.” Holzemer said the designer put it into his contract that he would never be seen on camera.

“That he has managed to keep working in the way he has is testimony to his anti-commercial ethos and to his vision as an artist,” said McRobbie.