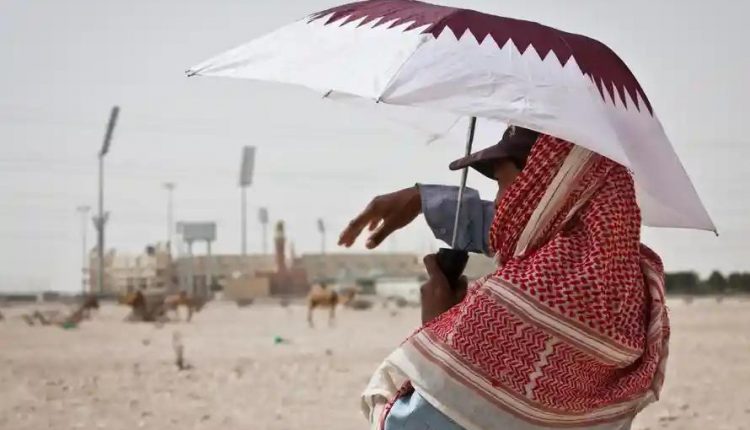 Qatar is the first county that brings changes into it’s landmark reforms in the Gulf.

The first country in the gulf region is Qatar who introduces a non-discriminatory minimum wage, which is part of a series of landmark reforms to the country’s labour laws. Success in the GCC countries depend on having solid labour laws that are linked to international standards and convections and the implementation of these laws. If the law isn’t good enough then the implementation will be a non-starter.  Mr Houtan addedd. 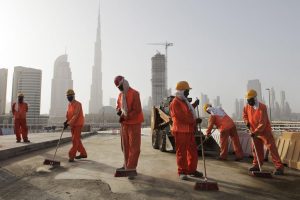 He said that the collaboration of some international and national organisations brought up really solid laws. They are not being perfectly implemented at once since all revolutionary changes in the labour market takes time and if they happen overnight, it’s not sustainable he added.

In the mean time he also mentions how these labor laws benefit both employers and employees.

Indeed, these laws allow employers to find more local workers with the same skills at a lower cost and employees to be more satisfied because they benefit from a greater power to negotiate and discuss. It’s a win- win situation. The wage issue is a common issue acrosse the GCC region , he said.

According to Mr. Houtan  access to Justice variesfrom  country to country. It is very common to hear that an employee who has worked for the past six months is only paid for the last three months of his work and according to some this is fair and justice has been done. This is no rocket science, this is not justice.

He said: No worker should go a day without being paid or receive their salary a day late. This matter is serious and needs to be more focused on. To overcome this problem, we have the structures in place in the regions that are working, although they need to be improved. They work because everyone comes together, with the support of the European  Unions, trade union and employers etc.

According to Mr. Houtan, That’s is success model that we need to replicate across the GCC countries. In addition, it is obvious that we should not denigrate the importance of Labour inspection and occupational safety and health. It has to be considered as a priority.

Also, another very important point is engaging with the private sector which is key, the role is fundamentally important.

Of course the trade unions as well as the government, the ministry of Labour have been really keen pushing forward the agenda but if the employers don’t play ball again it will be a very slow progress.

The key word for him is coordination and cooperation between different organizations to achieve successful changes in the GCC countries.

Hassan AL-Thawadi is representing of Qatar Ambassador in this meeting, he said: Qatar’s commitment to improving labour related matters and improving lives is constant. The commitment is intrinsic to our national values.

The commitment is intrinsic to our national values enshrined in our constitution and ais the key tenants to our Islamic principles. He added

Mr. Hassan said, these reforms combined with bolstered enforcement mechanisms including electronic based wage protection system demonstrates a commitment to sustainable long-term change that I mentioned previously however we acknowledge that there is a long journey ahead of us and more needs to be done as of the case in every nation of the world. In some countries still not possible to change employers without permission in other countries, but in Qatar it is possible.

Mark from European Delegation, with the contribution for workers to the numbers is only 500,000 workers 50 years ago and 25 million demanded today for the whole Peninsula. However, much more needs to be done to ensure access to dignified living and working conditions of Migrant workers and their families.

In addition to the basic minimum monthly wage of 1000 Qatari riyals 275 $, the legislation ensures that employers must pay allowances of at least 300 and 500 QAR for food and accommodation respectively, if they do not provide them.

Legislation passed last year provided for a six-month transition period for employers to prepare for the new minimum thresholds. First country in the region is Qatar to introduce a non-discriminatory minimum wage, which is part of a series of landmark reforms to the country’s labor laws.