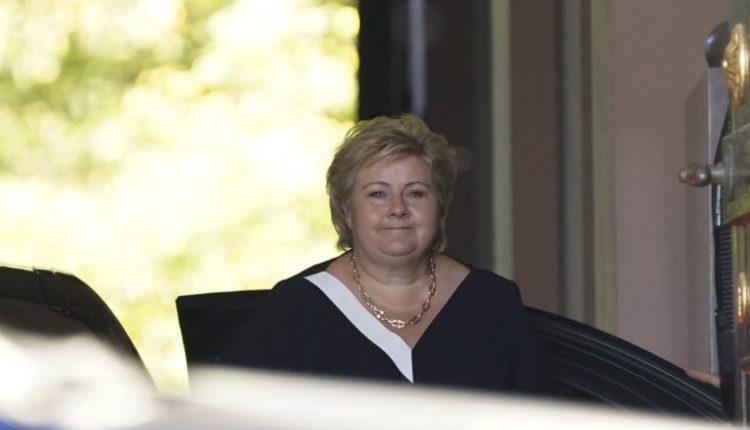 Erna Solberg (H) and her government have formally asked King Harald to approve the government’s resignation. The king has been advised to ask Jonas Gahr Støre (Labor Party) to form a new government.

“I would advise His Majesty the King to ask the leader of the Labor Party, Jonas Gahr Støre, as he is the prime ministerial candidate for the two parties that are ready to form a government,” Solberg said when she traditionally announced her resignation in the Norwegian parliament (Storting) after the budget was presented Tuesday morning.

A few hours later, at 1 PM, the outgoing government appeared at the castle to deliver the resignation request.

Based on Solberg’s advice, King Harald will now contact AP leader Jonas Gahr Støre and formally give him the task of forming a new government. He will also ask Solberg to continue running the caretaker government until a new government is ready on Thursday.

The Labor Party and the Center Party have agreed to form a government and have announced that they are ready to present the members of the government on Thursday, while the government platform will be presented on Wednesday at 2 PM.

Erna Solberg has announced that she will hold a press conference on Tuesday at 3 PM on the occasion of the resignation application and the change of government.