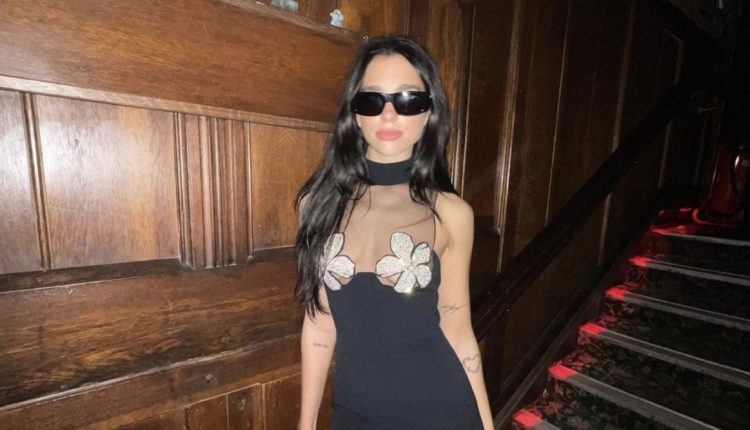 During the hustle and bustle of fashion month, a deliciously noughties trend resurfaced: the bicep bracelet. The dainty arm candy was seen on the runways at Blumarine, Tory Burch, Prada, Fendi, and Raf Simons. In an article we published back in September titled “The Bicep Bracelet Is Back”, we predicted, “it is only a matter of time before Dua Lipa, Bella Hadid, or Zoë Kravitz adorn their upper arms with them.” And would you look at that? This past week, Dua Lipa posed on Instagram in a full Blumarine look fresh off the spring 2022 runway. The singer’s itty-bitty denim butterfly top and low-slung, baggy butterfly-embroidered pants were accessorized with an upper arm cuff that spelled out “Blumarine” in rhinestones.

Lipa’s bicep band is right in step with her love of all things noughties—from trucker hats to exposed thongs. She follows in the very chic footsteps of ’oos arm cuff flexers before her, including Aaliyah, Janet Jackson, and Nicole Kidman. More recently, Troye Sivan wore a bondage-style cuff to this year’s Met Gala. Now, let’s see if other celebs follow in their footsteps.