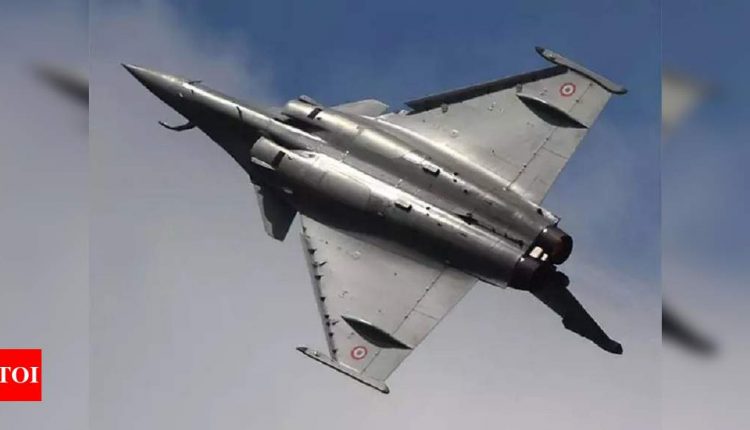 NEW DELHI: French firms Dassault Aviation and MBDA, the main companies in the Rs 59,000 crore contract for 36 Rafale fighters inked in September 2016, have been slammed by the national audit watchdog for their failure so far to fulfil offsets obligation in offering advanced technology to India.
The French companies are required to plough back 50% of the contract value to India as offsets or re-investments under the deal. Tabled in Parliament on Wednesday, the CAG report on “management of defence offsets” said the two French firms have so far failed to deliver on their initial promise in September 2015 to discharge 30% of their offset obligation by offering “high technology” to DRDO.
The CAG report, however, itself admits that discharge of offsets in the Rafale deal are spread over seven years from the date of signing the contract, with no such obligation in the first three years.
The report, however, also criticises the fact that the maximum discharge of the offsets – 57% by MBDA and 58% by Dassault – is slated only during the last or seventh year (2023).
Though the CAG report dwells upon several defence deals, the Rafale contract is noteworthy because it led to a political dogfight between the BJP-ledgovernment and Congress. The Supreme Court had in November last year rejected review petitions for a probe into the 36-fighter deal.
Referring to different deals, including the Rafale one, the CAG report said: "In many cases, it was found that foreign vendors made various offset commitments to qualify for the main supply contract, but later were not earnest about fulfilling these commitments.”
In the Rafale deal, DRDO had in April 2016 identified six new technologies to be acquired from Dassault and MBDA. But the firms did not agree on transfer of five technologies as most of them were not within their core competence.
“The sixth DRDO proposal was to obtain technical assistance for indigenous development of engines (Kaveri) for the light combat aircraft. But the defence ministry (MoD) has stated that the vendors had yet not been able to confirm their capability for doing the requisite upgradation,” said the CAG report.
“Thus, it is not clear if even this technology transfer will take place, and there is a need for MoD and DRDO to identify and acquire the right technologies in order to comply with the directions of the Defence Acquisitions Council in September 2016,” it added.
Calling for a major overhaul of the entire offsets policy, the report said it has “scarcely met the objectives” of inducting advanced technology and bolstering the domestic defence industrial base despite India being among the largest arms importer iRead More – Source