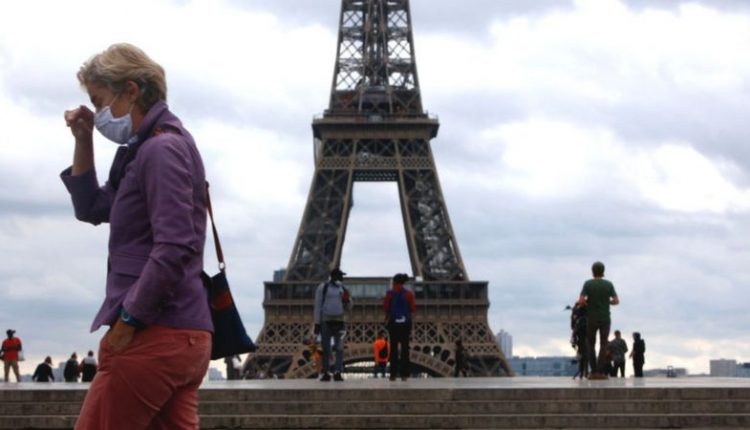 People will also be able to share “moments with the family” over the Christmas period, Mr Macron said.

He said that France had passed the peak of the second wave of virus infections.

The country has reported more than 2.2 million cases and more than 50,000 confirmed coronavirus-related deaths since the start of the pandemic.

In a televised address on Tuesday evening, Mr Macron said the bulk of lockdown restrictions would be eased from 15 December for the festive period, with general travel restrictions lifted, as long as new infections were at 5,000 a day or less.

The latest seven-day rolling average for new infections in France is reported to be 21,918. That figure peaked at 54,440 on 7 November.

Mr Macron said the recent news of successful vaccine trials offered “a glimmer of hope” and that France would aim to begin vaccinations against Covid-19 “at the end of December or at the beginning of January”, starting with the elderly and most vulnerable.

The French president said the situation would be reviewed on 20 January, and if infections had remained low, bars and restaurants would then be permitted to reopen. Universities would also be able to accept students again.

However, if the situation had worsened, he said he would look at options to avoid triggering a third wave.

He said that France’s ski resorts may have to remain closed until next year because the current risks associated with the virus made it difficult for such sports to resume.

However, he said he would discuss the issue with other European leaders and provide an update in the coming days.

Ski resorts were responsible for numerous outbreaks of Covid-19 cases across Europe in the early days of the pandemic.

Mr Macron said the lockdown would be replaced by a nationwide night-time curfew between 21:00 and 07:00, except on Christmas Eve and New Year’s Eve.

France has been under a second national lockdown since the beginning of November. People have only been permitted to leave home to go to work, buy essential goods, seek medical help or exercise for one hour a day. Anyone going outside must carry a written statement justifying their journey.

While all non-essential shops, restaurants and bars have been shut, schools and creches have remained open. Social gatherings have been banned.