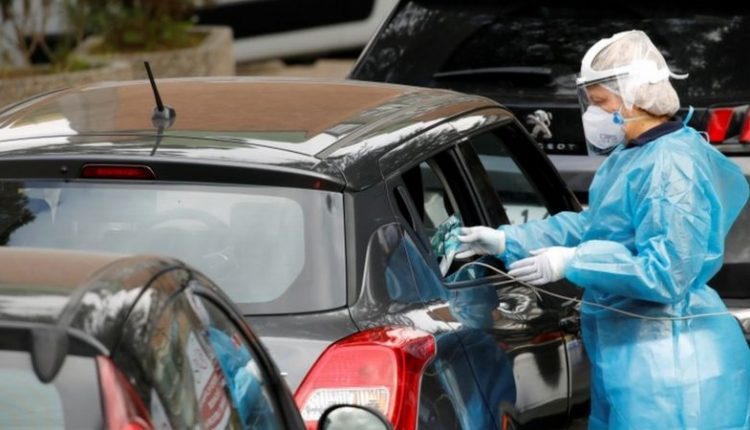 A “tough” six months lies ahead for Europe, which is once again the epicentre of the coronavirus pandemic, the World Health Organization (WHO) has warned.

“That is one person dying every 17 seconds,” he told a briefing on Thursday.

However, he said new cases were declining as lockdowns curb infections.

As a second wave of the pandemic gathered pace in October, most European countries reintroduced strict restrictive measures to stem the spread of the disease.

So far, Europe has seen 15,738,179 confirmed infections and 354,154 deaths attributed to the coronavirus, with only the Americas reporting higher region-wide figures, according to WHO data.

A large portion of those infections and deaths have been registered in the UK, Russia, France, Spain, Italy and Germany. In Europe, the UK has the highest death toll at 53,870, while France has the highest number of cases at 2,115,717.

Mr Kluge said Europe accounted for 28% of global cases and 26% of deaths.

He expressed particular concern over the situation in Switzerland and France, where intensive care units are at 95% capacity.

“Europe is once again the epicentre of the pandemic, together with the United States,” Mr Kluge told a news conference in Copenhagen, Denmark. “There is light at the end of the tunnel but it will be a tough six months.”

The development of vaccines, which train the immune system to fight off the virus, have raised hopes of bringing the pandemic under control.

Meanwhile, researchers in the UK and the Netherlands have said that a drug to treat rheumatoid arthritis – tocilizumab – appears to treat people who are critically ill with Covid-19.

The findings are the results of early data from a trial focusing on the most severely ill patients – some experts have urged caution until the full data is released.

Mr Kluge said recent progress on vaccines was promising, but did not yet represent “a silver bullet” because “we know the supply will be limited particularly in the beginning”.

In the meantime, social distancing and wearing a mask remained the best ways to mitigate the spread of the virus, he said.

“Lockdowns are avoidable, I stand by my position that lockdowns are a last resort measure,” Mr Kluge said. “Mask use is by no means a panacea, and needs to be done in combination with other measures. However, if mask use reached 95%, lockdowns would not be needed.”

France is in its second national lockdown, with people only allowed to leave home to go to work or school, buy essential goods, seek medical help or exercise for one hour a day.

Anyone going outside must carry a written statement justifying their journey.

On Thursday, French Health Minister Olivier Veran said that while it was too soon to lift restrictions, the virus was not circulating as widely as before the latest measures were introduced.

He told a news conference that anxiety and uncertainty caused by the pandemic was affecting the mental health of the population, but that “we must not reduce our efforts”

In Italy, where Covid-related deaths have already more than doubled in November compared with October, Prime Minister Giuseppe Conte warned that Christmas would look very different this year.

“Big parties, kisses and hugs will not be possible, this would mean an abrupt rise in the [infection] curve in January,” he said, adding: “We hope that we can still buy and exchange gifts.”

Another 22,915 daily cases of Covid were recorded in the UK on Thursday, and there were 501 further deaths within 28 days of a positive test, the government’s dashboard shows.
Read from source