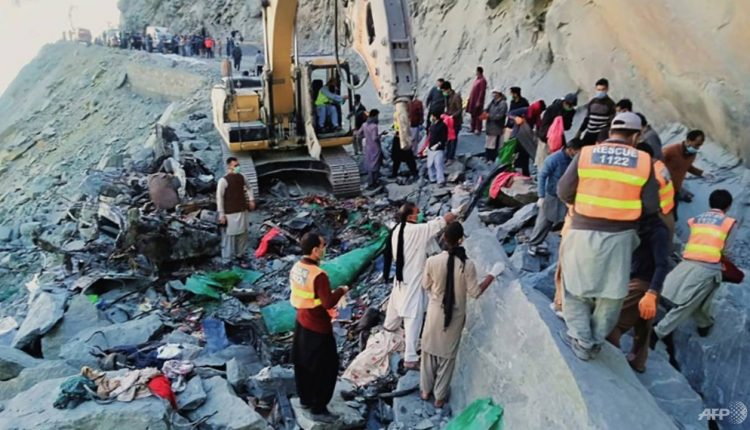 PESHAWAR, Pakistan: Sixteen people were killed when a passenger bus was forced off the road by a landslide in a mountainous area of northern Pakistan on Sunday (Oct 18), officials said.

The bus was travelling from the garrison city of Rawalpindi, near Islamabad, to the northern town of Skardu when it was struck by the falling rocks, Anas Iqbal, a senior government official said in a statement.

"A landslide in Tungus Skardu buried a (bus) with 16 people on board," the statement said, adding that all 16 bodies had been recovered by rescue officials.

Pakistan has one of the world's worst records for fatal traffic accidents, many blamed on poor roads, badly maintained vehicles and reckless driving.