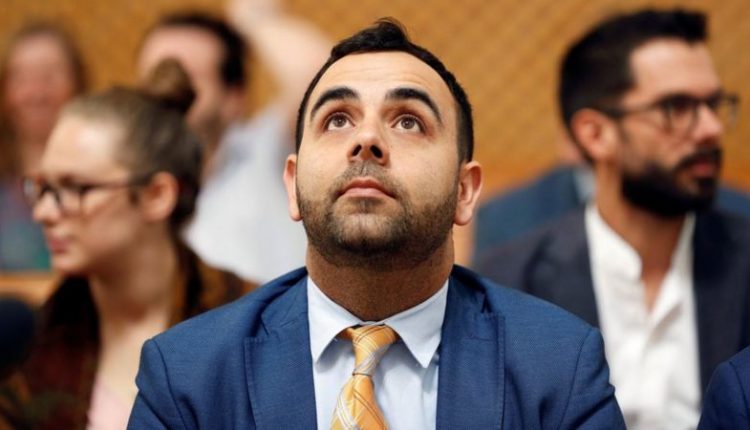 The US has declared as anti-Semitic a prominent international movement which calls for a complete boycott of Israel over its treatment of the Palestinians.

Secretary of State Mike Pompeo said Boycott, Divestment and Sanctions (BDS) was “a cancer”, adding the US would stop funding groups linked to it.

BDS however rejected the charge, saying it opposed “all forms of racism, including anti-Jewish racism”.

“The BDS movement for Palestinian freedom, justice and equality, stands with all those struggling for a more dignified, just and beautiful world,” it said.

“With our many partners, we shall resist these McCarthyite attempts to intimidate and bully Palestinian, Israeli and international human rights defenders into accepting Israeli apartheid and settler-colonialism as fate.”

Formed in 2005, BDS has become prominent in many countries around the world. It calls for a total boycott of Israel, including cultural, economic and academic, over what it considers as Israeli repression of Palestinian rights.

Israel has long claimed BDS opposes the country’s very existence and is motivated by anti-Semitism. It vehemently rejects any comparison with the apartheid – the state-sanctioned racial discrimination of black people during white-minority rule in South Africa – as a smear tactic.

Mr Pompeo announced the move on a visit to Jerusalem.

“We will immediately take steps to identify organisations that engage in hateful BDS conduct and withdraw US government support for such groups,” he said, standing alongside Israeli Prime Minister Benjamin Netanyahu.

“We want to stand with all other nations that recognise the BDS movement for the cancer that it is.”

In a statement, Mr Pompeo said: “As we have made clear, anti-Zionism is anti-Semitism. The United States is, therefore, committed to countering the Global BDS Campaign as a manifestation of anti-Semitism.”

He said the state department would ensure none its funds would go towards organisations which support BDS.

In 2017, Israel passed a law refusing entry to people with links to BDS, and last year expelled a senior employee of the campaign group Human Rights Watch (HRW), accusing him of supporting a boycott.

HRW condemned the latest move from the US as “undermining the common fight against the scourge of antisemitism”.

“Americans have a long history of supporting peaceful boycotts to promote social justice and human rights… The Trump administration has no business trying to tar groups because they back boycotts.”

Last year, Germany’s parliament said the actions of the BDS, such as the placing of “don’t buy” stickers on Israeli products, were reminiscent of the “terrifying” Nazi campaign against Jewish people under Adolf Hitler.

India’s attitude to arranged marriage is changing. But some say not fast enough