Muslim and Jewish paramedics pause to pray together. One of many inspiring moments in the coronavirus crisis

Avraham Mintz and Zoher Abu Jama just finished responding to a call regarding a 41-year-old woman having respiratory problems in the southern Israeli city of Be'er Sheva. Before that, they were checking on a 77-year-old man. There would be more calls ahead. Of that, there was no doubt. As the clock neared six in the afternoon, Mintz and Abu Jama realized it may be their only break of the shift. The two members of Magen David Adom (MDA), Israel's emergency response service, paused to pray. Mintz, a religious Jew, stood facing Jerusalem, his white and black prayer shawl hanging off his shoulders. Abu Jama, an observant Muslim, knelt facing Mecca, his maroon and white prayer rug unfurled underneath him.For the two paramedics, who routinely work together two or three times a week, the joint prayer was nothing new. For so many others, it was an inspiring image in the midst of the global coronavirus pandemic.A picture of the two men snapped by a co-worker quickly went viral, garnering thousands of likes on social media and appearing in international media coverage. One user responded on Instagram: "I'm proud of all of the rescue services, it doesn't matter from what community or religion." On Twitter, another user said: "One fight! One victory! Let's unite.""The fact that it is so simple makes it so powerful. I believe that Zoher and I and most of the world understand that we have to raise our heads and pray. That's all that's left," Mintz told CNN. A father of nine who lives in Be'er Sheva, the 42-year-old is a full-time MDA worker who trains volunteers. 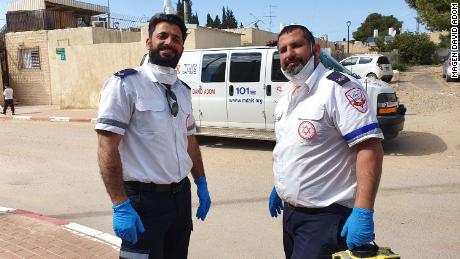 Abu Jama, a father of seven from the nearby Bedouin city of Rahat, was one of those volunteers. He left his job as a driving instructor to help out as much as possible now. "In terms of belief and personality we believe in the same things and we have something in common," the 39-year-old told CNN. "I believe he is a person that gives and takes the feeling of honor and that is important."Across Israel, MDA teams have fielded 100,000 calls on peak days, more than 10 times their normal volume, according to Zaki Heller, a MDA spokesman. 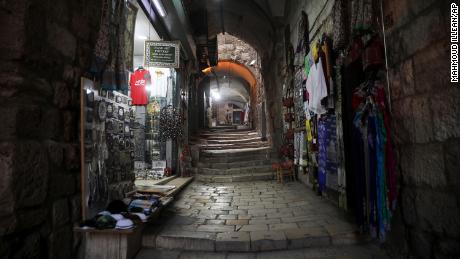 Fighting coronavirus in Iran: Artists call on the US to lift sanctions

Kenyans stranded as capital cordoned off

Fighting coronavirus in Iran: Artists call on the US to lift sanctions