Does the extradition law really spell the death of Hong Kong? Some businesses say yes 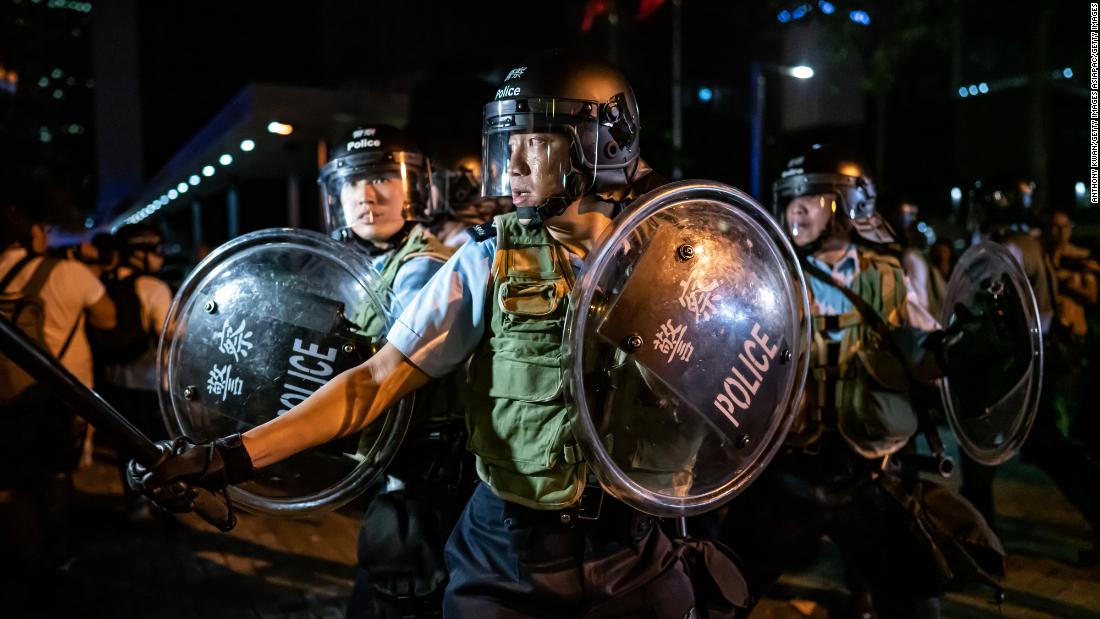 Seized by the British after the first Opium War ended in 1842 and used as a base for trade in drugs and other products, in the late 20th century Hong Kong became a leading global financial center and gateway to the giant Chinese economyThe handover of the city to China in 1997, however, prompted fears that model would collapse.Two years before that looming date, Fortune magazine ran a notorious cover warning of the "death of Hong Kong," lamenting that the "the world's most aggressively pro-business economy" was being handed to Communist China. It's a death knell that's been repeated countless times but never come true.Since 1997, China has embraced a ruthless brand of capitalism — and concerns have shifted to the erosion of the city's unique political system, which allows citizens political freedoms unavailable in China. However, so far these haven't caused Hong Kong's economy to flinch.GDP figures have remained strong, the market stable and house prices have continued to soar due to Chinese investment and speculation. But a controversial bill that would allow extradition to China, which prompted as many as 1 million people protest in Hong Kong on Sunday, could change this for one simple reason. This time the challenges facing Hong Kong are seen as a direct threat to its business community."The main concern is that the extradition law will expose foreign executives based in Hong Kong to the capriciousness of mainland China's justice system," said Duncan Innes-Ker, Asia regional director at the Economist Intelligence Unit.Under the new bill, business people fear they could be grabbed from Hong Kong by Chinese authorities for political reasons or inadvertent business offenses, undermining the city's semi-autonomous legal system. "The credibility of Hong Kong is now on the line," Tara Joseph, president of the American Chamber of Commerce, said this week.

How much risk is worth it?

In recent weeks, foreign business groups — which usually take a neutral stance on contentious political issues — have come out against the law. In private, executives have been lobbying against it, warning lawmakers it could harm Hong Kong's reputation as a safe harbor in which to base their China and Asia headquarters. An executive at a major international firm based in Hong Kong, who requested not to be named due to sensitivities around criticizing the government, acknowledged that "international businesses have always faced some degree of risk when operating outside of their home country." "(But) Hong Kong's value has been in its ability to mitigate those risks through the rule of law, freedom of speech, freedom of the press and an independent judiciary," he explained.He added that international business leaders in Hong Kong will need to evaluate how much extra risk they feel the extradition law will pose to their businesses and weigh that against alternative business locations.With its punishingly expensive office space, Hong Kong is already facing competition from other regional hubs for international investment. Singapore has emerged as a strong rival, along with Chinese cities such as Shanghai and Shenzhen. In a bid to secure the support of the business community, the government has limited the scope of extraditable offenses — but for some that is still not enough.IfHong Kong's respected legal system is tarnished, firms may question why they shouldn't quit the city and base their business in mainland China, where costs are often far lower — or open a small Chinese office and put their headquarters in another Asian financial hub like Singapore. Innes-Ker said that was unlikely to happen immediately, but could be the "long-term direction of travel." However executives from countries with "particularly tense relations with China" — such as the US — "may start to shun travel to Hong Kong", he added.China has a history of retaliating against foreigners for apparently political purposes. Following the detention of Huawei executive Meng Wanzhou in Canada on allegations of sanctions busting, Chinese authorities detained two Canadians, Michael Kovrig and Michael Spavor, and has held them ever since on espionage charges, though Beijing denies the cases are connected.

While large international conglomerates have been cautious about speaking out publicly against the extradition bill, allowing chambers of commerce to do so on their behalf, small businesses have been increasingly vocal this week. More than 100 firms have said they would shut doors Wednesday to protest the bill and allow employees to join a rally outside the legislature. TradeRead More – Source

Migrants stranded in boat off Tunisia as centers overcrowded

Iran to ask Japans Abe to mediate over US oil sanctions: Officials

admin May 27, 2020
The EU Commission is set to unveil a new EU budget and recovery fund to help European countries boun..